After a month of war in Ukraine, after a Russian invasion on February 24th, the gaming community continues to show support to the Ukraine and its people. Today Fanatical, the video game distributor, announced that it’s joining with several developers to make the Stand With Ukraine Bundle. Assisting Fanatical in organizing the Bundle were Richie de Wit (Robot Teddy), Tomas Sala (creator of The Falconeer and BAFTA-nominated artist) and Alessandra van Otterlo (Editor in Chief of Control Magazine). Importantly, the bundle itself consists of over fifty game developers and publishers. 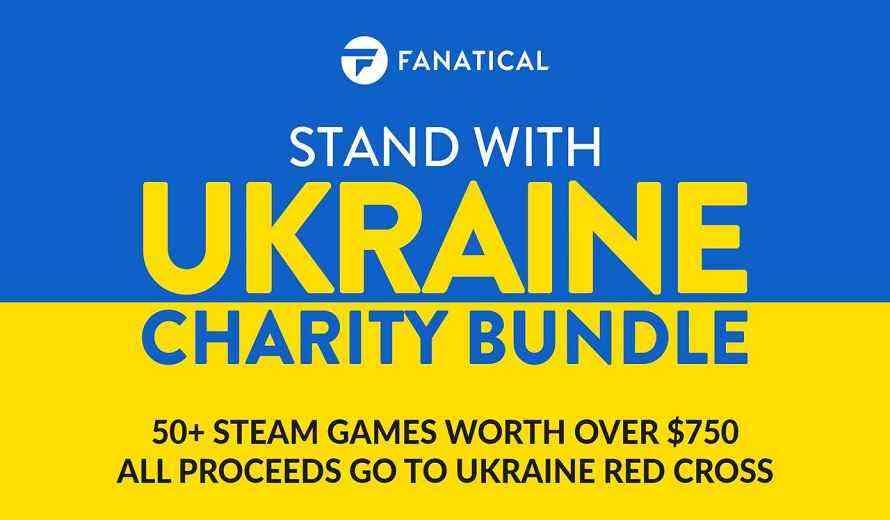 Raising over $36,000 already the bundle, obviously, has some games of interest. For instance, Gang Beasts and Among us make an appearance in the bundle. Yet, there are many, many, more games. Additionally, each developer involved is donating 10,000 Steam keys to the bundle free of charge. The bundle has a base cost of $15. However, those looking to donate more can choose to do so.

“We at Fanatical have watched in growing disbelief and frustration as the violent invasion of Ukraine has unfolded. The war is leaving innocent people without homes, orphaning children, and creating a desperate need for food, water, shelter and medical aid.” Says Craig Johnson, Managing Director of Fanatical, in a press release.

Furthermore, the bundle includes fifty eight games. Each of these games can be redeemed on Steam. The bundle contains over $800, Canadian, worth of games. Importantly, one-hundred percent of the proceeds from each sale will be going to charity. Specifically, the press release mentions the Red Cross.