Time to join the rowdiest faction in all of Warhammer 40K, the Orkz, as you join the Green Tide. That’s right Developer Rogueside’s upcoming 2D run and gun adventure Warhammer 40,000: Shootas Blood and Teef, is coming to Steam Next Fest. Next Fest sees a Shootas Blood and Teef demo coming to the event where players will take on the role of an Ork in the 40K universe. A press release about the demo and the game itself provides more details. Additionally a cinematic trailer comes alongside the press release. 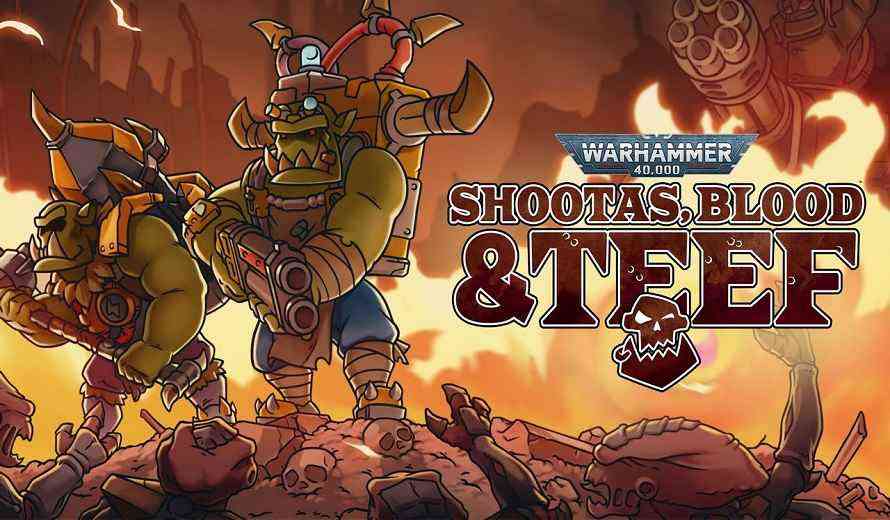 Warhammer 40,000: Shootas Blood and Teef sees the player join the Green Tide. A warband of Orks looking to devastate the world of Luteus Prime. The game is full of dakka spraying, blood flinging, action that will see the player take on one of four possible classes and spearhead an invasion of the Hive City. Your Ork is aiming to retrieve his Squig hair piece and take revenge on your Warlord. Maybe you’ll become a Warboss yourself?

The Demo coming to Steam Next Fest allows players to play as a Flash Git: the first available class. Furthermore players will be able to play through a whole level of the story. Additionally the demo will show off some of the features of the game including the combat and the mini-boss system.

A cinematic trailer gives players a glimpse of exactly what they what’s in store in the story. A horde of Orkz storming a hive city, shootas and choppas in hand.

The Demo is coming to Steam Next Fest which takes place the 21st of February until the 28th. Shootas Blood and Teef is coming to PC, Nintendo Switch, PlayStation 4 and 5, Xbox One, and the Xbox Series X/S later in 2022. So, what do you say boyz? WAAAGGH.


Warhammer 40000: Chaos Gate Will Be Free for a Limited Time