Fallout 76 has become a very expansive and sizeable experience. It’s a shame that its launch was such a disaster. If you have kept with it through the years, you can probably appreciate how far it has come though. Today, fans are getting a look at what Bethesda has in store with the Fallout 76 2022 roadmap.

Fans of the Bethesda-made Fallout games will take one look at this roadmap and be reminded of the previous games. In the Spring, we have Invaders From Beyond, the Summer will have Test Your Metal, Fall will take us to The Pitt, and Winter will have Nuka-World. 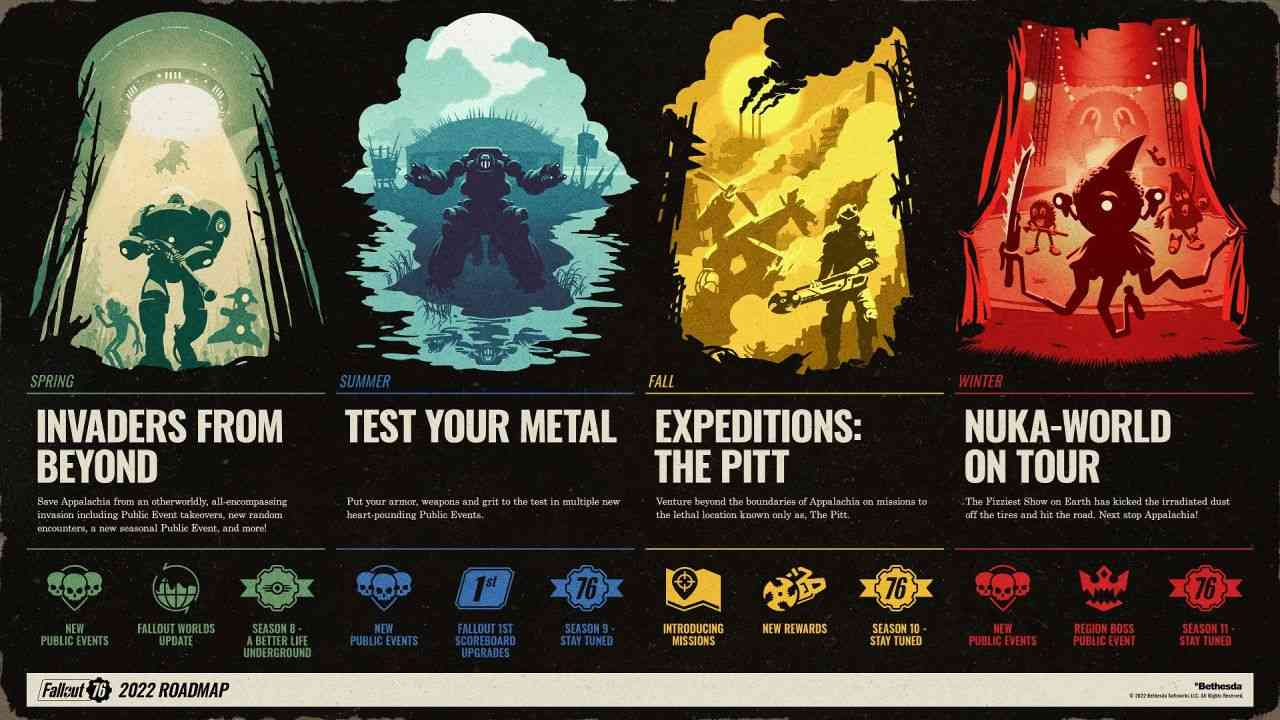 The Fallout games have always had events where aliens have made appearances. A whole DLC pack in Fallout 3 took the Lone Wanderer to space in Mothership Zeta. It kind of looks like this event will be bringing the aliens down to Earth. Give them that Will Smith-style welcome.

Fallout 3 players may also remember The Pitt. This DLC was set in Pittsburgh, which had been turned into a slaver business run by raiders. It also looks like this area’s signature tool/weapon the Auto-Axe will be making a return.

The last section of the Fallout 76 2022 roadmap points to Nuka-World, which was a DLC pack for Fallout 4. This area is also run by raiders, where the Sole Survivor becomes the Overboss and decides its fate. In this event, Nuka-World will be coming to Appalachia. It will be bringing in a new boss for you to battle.

Test Your Metal looks to be an original event, where players will be faced with grueling challenges in combat. Fallout 76 is available on PC, PS4, and Xbox One.

Are you going to be playing any of these events? Let us know in the comments below.