Far beneath the snow of Antarctica there is treasure to find. At least in Indie developer GAMEDIA’s new puzzle game, Treasure Temple, that just released on Steam and Nintendo Switch. A press release about the game provides more details about the game’s features as well as what players can expect to experience while playing. 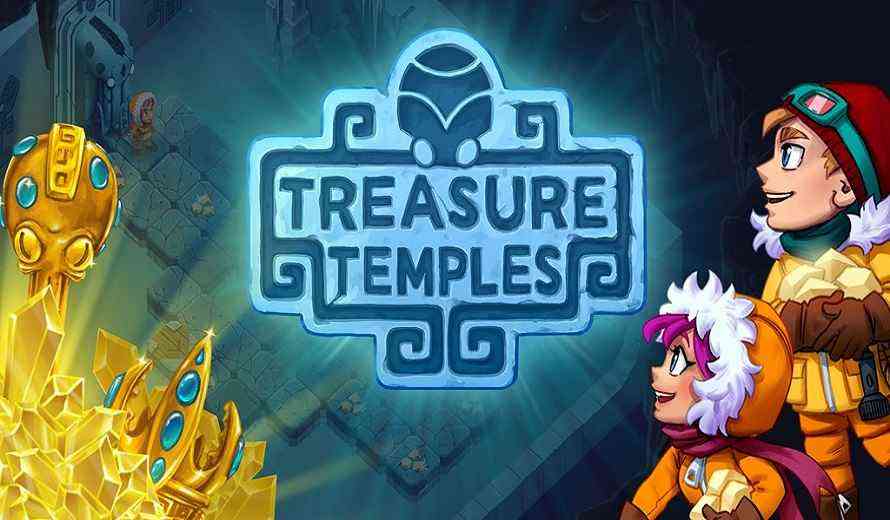 Treasure Temple puts players in the shoes of two young explores in search of treasure. This is an adventure where every step you take is crucial to your mission, your chance of finding treasure, and maybe even your survival. Basically the game revolves around you discovering the right path through different levels to collect the gold. Additionally, you’ll need to find your way back too. One wrong step and it’s an icy bath for you. Players get a glimpse of all this puzzle goodness in the launch trailer.

The game features over 140 levels each with unique puzzles. In addition you’ll have to worry about more than just the puzzles as chambers may fill up with deadly traps, ancient wardens, and maybe something more terrifying lurking below the water. As well, the game features no time restraints so players can take as long as they need to figure things out.

In the press release Lead Designer at GAMEDIA, Rob, explains that, “There is no need to hurry in Treasure Temples. Early on, we decided there would be no traps where timing is key.”

Treasure Temple is out now on PC via Steam and Nintendo Switch. Currently, the game costs $7.99. So, what are you waiting for get out there and find some treasure.

Escape Academy Review – Graduating With Honors
Next
Video Games Vs Gambling: What Is Easier To Quit?
Previous
World’s Best Guitar Hero Player Exposed as a Cheater