Video Games Vs Gambling: What Is Easier To Quit?

The era of technology has been a blessing in disguise, and along with the great boons it brings along, there is a scope for the detrimental side as well. One would know that too much of anything is not good and that stands true for technology as well. Just like the advantages we have also been rewarded with gifts like video games and online gaming. Yes, using the former on a rationed basis is acceptable. 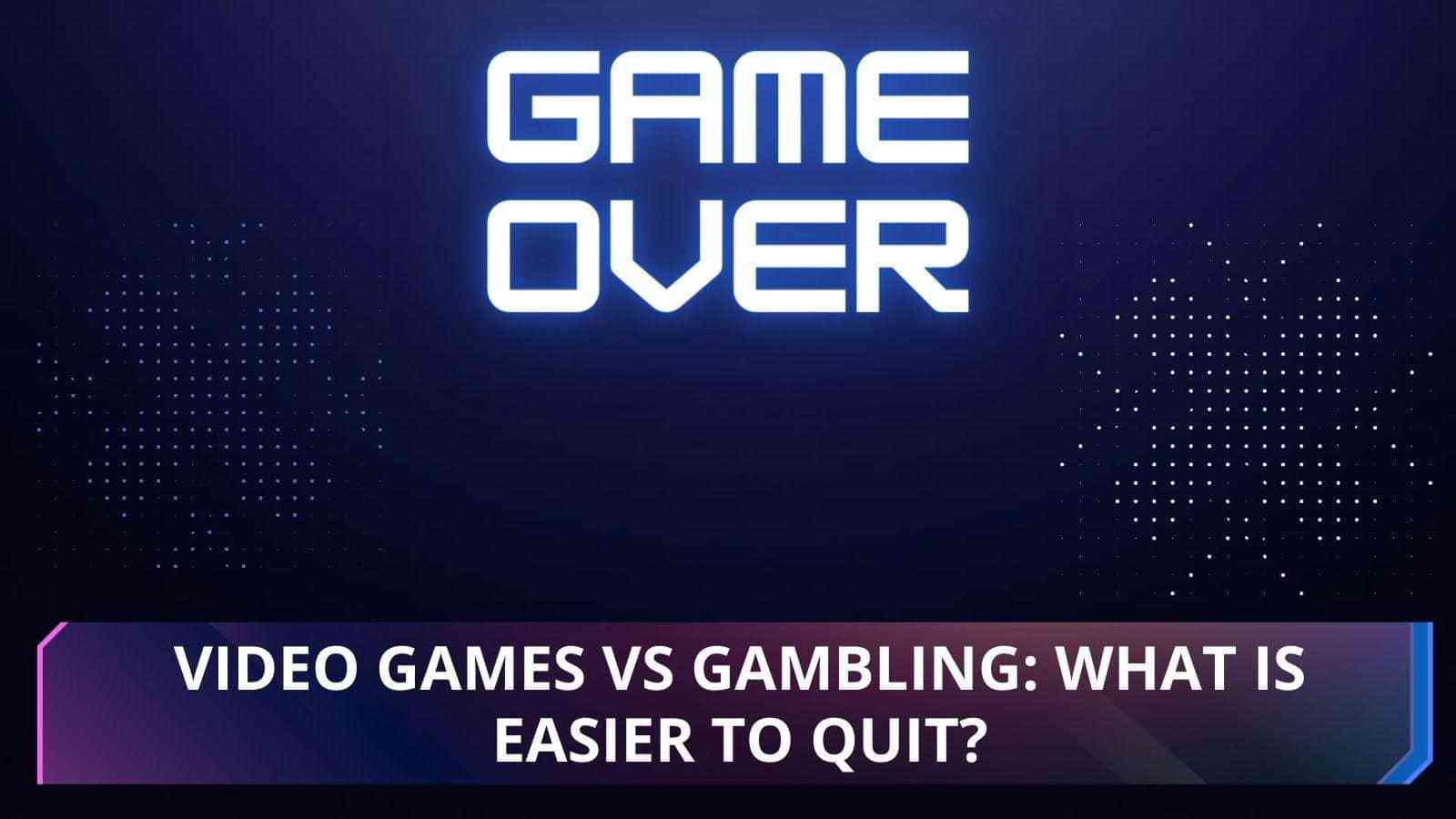 However, the problem arises when it transforms into an addiction. Did you know that in the UK alone the number of gamblers in the year 2020 was 1.4 million? Isn’t the number alarming? Even after the Internet Gambling Enforcement Act 2006 was passed in the USA the number of gambling addicts kept on rising.  However, if compared it can be deduced that gambling is a much tougher addiction than video games. The risk factors in gambling are higher and hence it needs immediate attention.

How to Quit Gambling Addiction?

When do you consider a habit as an addiction? Well, most of the recognized dictionaries refer to addiction as an unprecedented and uncontrollable addiction to a certain behaviour. It is used with quite a negative connotation and hence it is important to address the issue at the earliest.

Gamstop is one of the best confidantes when it comes to getting gambling-related support. They have been pioneers in the field and provide free services for the greater good. It is software that is specifically designed so that you can be denied access to the registered gambling websites under UKGC.

It helps you achieve self-exclusion in which you can restrict your own access for the time period you want. But sometimes human beings do get impulsive and momentarily weak which results in long self-exclusion. Because of this fact, CasinoGap discovered operators without GamStop that are super popular among GamStop registered users. You can register for either six months, one year, or even for five years!

Casinos are driven by money and investments. That is where the problem starts and ends. It was deduced that only in the year 2020 most gambling addicts have more than six thousand and eight hundred dollars under debt each. Monzo has come up with the technology where they have introduced a feature of blocking transactions made to gambling sites.

It is believed that more than five million residents of the United Kingdom are avid users of the same. It takes care of the problem at the very roots and hence is quite effective. Not only can you block the account from making any payment but they even aim to restrict any such payment made through debit cards. Banks like HSBC and Barclays have joined hands too.

Did you know that to put a halt to gambling activities and to boost morale the European government took up a safer internet day initiative? It is almost ironic that in order to save oneself from the tyranny of the internet, another software only comes to reduce. By using this software you can easily block not only access to the website but also refuse to see any kind of newsletters or updates.

When the obsession gets out of hand, this is the best possible way to regain your conscientiousness. Gamban is one of the most efficient software to use in this scenario. Along with that, even the Gamblock software renders wonder. It doesn’t really matter if you are an organization or an individual. Everybody could use it unanimously and can select the time frame. It is even in compliance with the new rules that have been put up by The Betting and Gambling Council. The council had come forward with the request to ban any kind of advertisements that promote gambling and could set an unwanted image.

How to Quit Video Games Addiction?

Video games are also a social catastrophe that most societies have to deal with. It is usually the edge towards excitement and a sense of triumph that draws more and more players towards it. However, with the numbers rising it is imperative to put a halt and check the rising levels of addiction.

Just like we discussed that gambling could be put to a halt with blocking software there are ones that work for video games as well. One of the very famous ones is the HT Vector. It has quite a few options for parental control and hence is a good choice.

There aren’t too many software and exclusion programs that cater to Video Game addictions. Most of the tools that are prevalent do not come with complete protection. However, the brighter side is that, unlike gambling, the risks of video games are fairly less.

Gambling is a problem that is engulfing society as a whole and probably the most poorly affected ones are the youth. While casinos have been trying to enforce the causes for Responsible Gambling, while licensing authorities such as UKGC have been launching innovative self-exclusion schemes such as GamBan, GamCare, GamStop, there’s a lot more to achieve.

James Harden Takes Massive Pay Cut at the Philadelphia 76ers
Next
GamStop and Video Games: How to Benefit Each Other
Previous
Treasure Temples Gets Chilly on Steam and Nintendo Switch Today