War spreads throughout the galaxy. The valiant Galactic Republic and the Sinister Sith Empire continue to fight for the fate of galaxy itself as Darth Malgus’ dark plot reveals itself. Today Bioware’s MMORPG game, Star Wars The Old Republic (SWTOR), celebrates its 10th anniversary with its newest expansion: Legacy of the Sith. Additionally, a new cinematic trailer, Disorder, accompanies the release of the expansion. 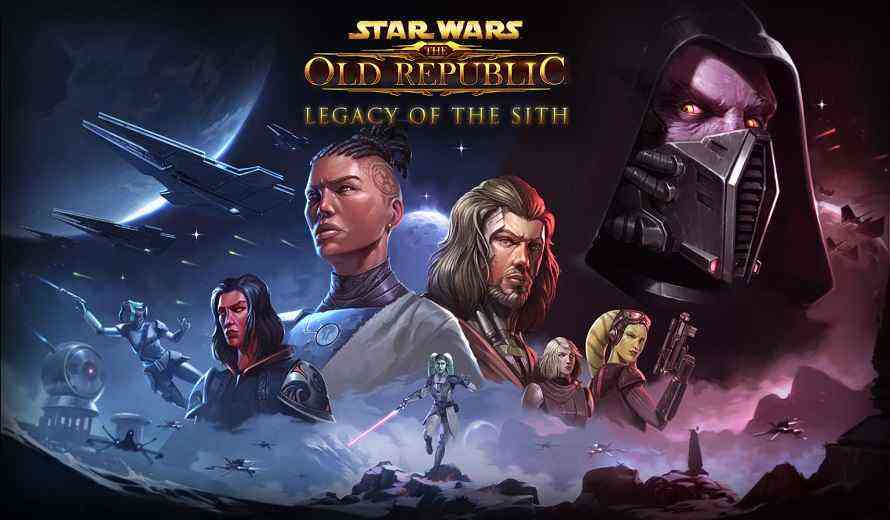 SWTOR: Legacy of the Sith is bringing players to new planets. Continuing the story of the Old Republic, Legacy of the Sith, brings players both outer and inner rim worlds. Firstly, the Empire launches an invasion of Manaan. A world of underwater labs boasting vital resources for both sides, could prove a vital strong hold for either side. The depths of Manaan feature storylines for both Imperial and Republic players.

Secondly the planet of Elom may hold a sinister finding for Darth Malgus. The Sith Lord on the hunt for relics may have found a critical artifact on Elom that holds the future of both Jedi and Sith in the balance. Elom offers both a solo and multiplayer experience for both sides.

The story brings in Malgus in maybe his most “enlightened” state. As well as his most dangerous position yet. The cinematic trailer, Disorder, gives players a glimpse at just what they may be dealing with on Elom.

Additionally Legacy of the Sith introduces new combat styles to further customize your character. You choose how your character plays without as many limits of gameplay. A trooper with a sniper rifle. An inquisitor with two lightsabers. It’s up to you.

SWTOR Legacy of the Sith is out today. It is a celebration as much as it is an expansion for a decade of The Old Republic. Let’s see what the galaxy holds in store for you.