The Kaiju are coming, are you willing to save the city? Developer Vanillaware’s critically acclaimed side scrolling adventure game, 13 Sentinels: Aegis Rim, is now available for pre-order on the Nintendo Switch. Additionally a press release about the sci-fi game provides more info about the pre-order and the features of the game itself. 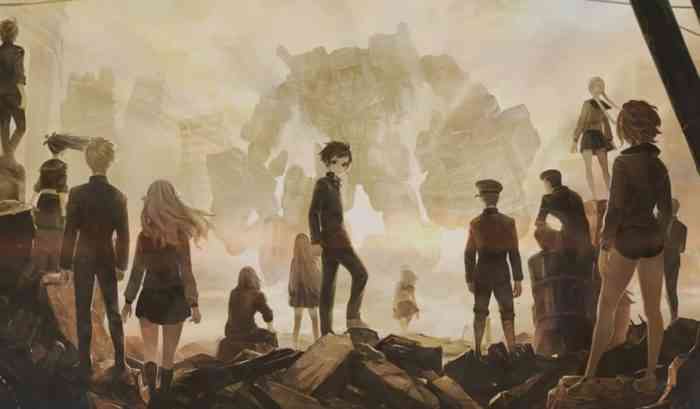 13 Sentinels: Aegis rim takes players on an action centric 2d adventure. Players step into the role of students in the mech-warfare Sentinel program. These students aim to defend humanity from waves of Kaiju monsters. Yet, not everything is as it seems. As you play you will delve into a mystery around the Sentinel program and uncover the truth.

The game combines 2d Side scrolling adventure and top-down combat. Players can immersive themselves in the painted style of the game while exploring the 2-D world. On the other side,  players will engage in fast paced combat against the Kaiju while they pilot weaponized mechs. Also, players can customize their mech for battle to fight waves of Kaiju monsters. That is when they aren’t uncovering the mystery outside of the battlefield. School is never boring for the Sentinels.

Additionally a new trailer, 13 Sentinels: Aegis Rim Calamities, gives players a glimpse of the art style of the game.

13 Sentinels: Aegis Rim is set for an April 12th release on Nintendo Switch. However, pre-orders for the Switch version of the game are available today. Both physical and digital versions of the game are options for pre-order. The physical edition pre-order also comes with a pack of art cards alongside the game. So, are you ready Sentinel?

ANNO: Mutationem Review – A Refreshing Slice of Action
Next
Star Wars The Old Republic Heralds Legacy of the Sith with Trailer
Previous
See More of Destiny 2: The Witch Queen in New Launch Trailer