“You’re Not Going to Believe This”

Fans who have been following the development of Halo Infinite will know what kind of hell the game went through. It had changed project leaders multiple times, things were reworked from the ground up, some things were cut. However, a deleted mid-credits scene was uncovered in the game’s code.

The scene has Master Chief and the pilot that he has been working with through the whole game in their Pelican. The pilot suddenly intercepts a transmission and calls Chief in. He says, ” You’re not going to believe this” and they listen to an alert that says they have found a friendly UNSC tag. 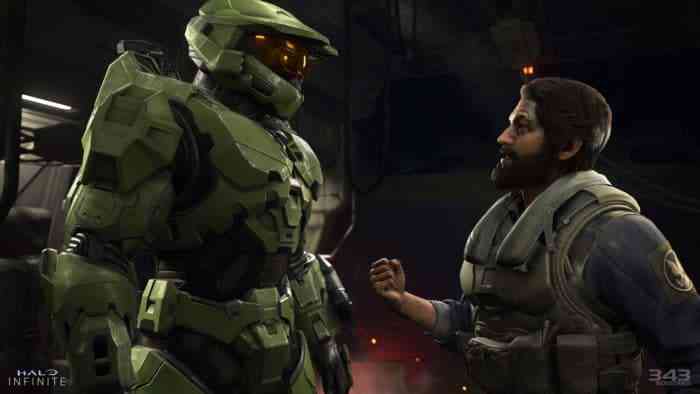 This raises a lot of questions. Number one: who is this friendly UNSC tag? Some theorize that it is referring to Captain Lasky from the last two games, Spartan Locke from Halo 5, or Spartan Palmer. Really, it could be any one of these people. Through audio logs and other instances, evidence of these individuals has been found throughout the Halo Infinite campaign.

We also have to keep in mind that this was probably cut for a reason. Either because it does not fit in with the ending that 343 Industries went with or they scrapped what it was teasing. Still, it is fun to wonder who this tag could be.

We already know that 343 has some post-launch content planned in the form of The Endless. These enemies were alluded to late in the campaign, but we don’t really know much about them. If the deleted scene also has something to do with post-launch content, then things might get complicated down the line.

Halo Infinite is out for PC, Xbox One, and Xbox Series X|S.

What do you make of this deleted scene? Let us know in the comments below.