Survival isn’t always stressful. Indie Developer Moebial Studios’ upcoming survival game, Aquamarine, is looking to make a more peaceful addition to the survival genre. A press release about the game provides details about how this can possibly work to make survival more peaceable. 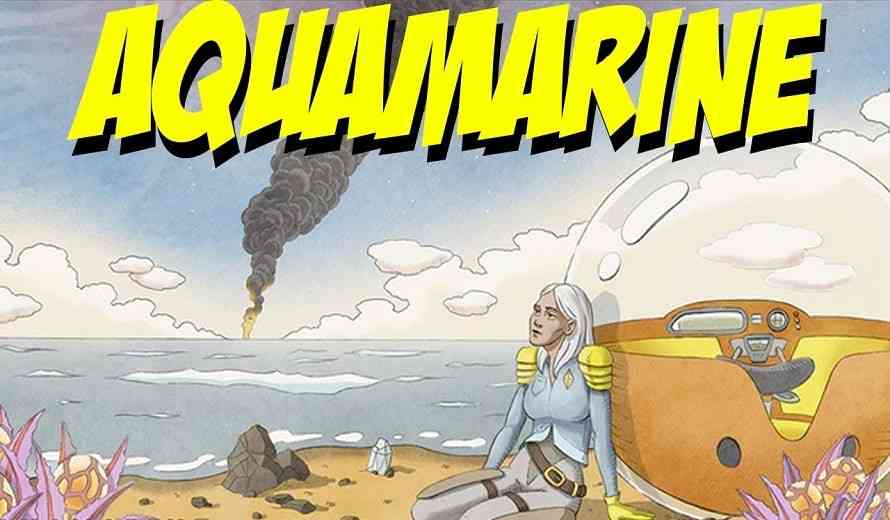 Aquamarine plops the player directly into an alien ocean in a 70’s and 80’s inspired sci-fi adventure. The player, who plays as the Seeker, finds themselves on a planet overrun by nature. Using turn based mechanics, the game makes players rely on perception and exploration. Discovery is almost as important to your survival as food and water. Since careful study of the three ecosystems you are surviving in helps your progression.

The game’s gameplay reveal trailer, which released today, shows off the art style as well as the gameplay.

In addition to showing off the beautiful water-color art style and basic gameplay, the trailer shows off an equally important part of the game: the music. The press release stresses the music as a part of what makes the survival in Aquamarine more serene then stressful.

Using a quote from PC Gamer the release says, “The music is a mixture of warm, lo-fi synths, and with the water-washed colors of the alien world it creates a very relaxing atmosphere. For a game about survival, it’s a very chill experience.”

As of right now the game is set for a January 20th release. Upon initial release it is available for PC, Mac and Linux through Steam. In addition, console versions are currently in active development. So, are you  excited to survive serenely?