Apex Legends Season 10 got a new weapon the Rampage LMG. It seemed to be geared to shake up the game’s SMG-dominated meta. However, many players have reached out to the devs to complain about an exploit that gave the weapon a lot of unintended firepower.

As soon as devs added it to the weapon roster, players with good aim were immensely rewarded. It had minimal scatter and very high damage per shot. Despite its strength, it was the exploit that made it ultimately powerful. The exploit had players charging the Rampage indefinitely. 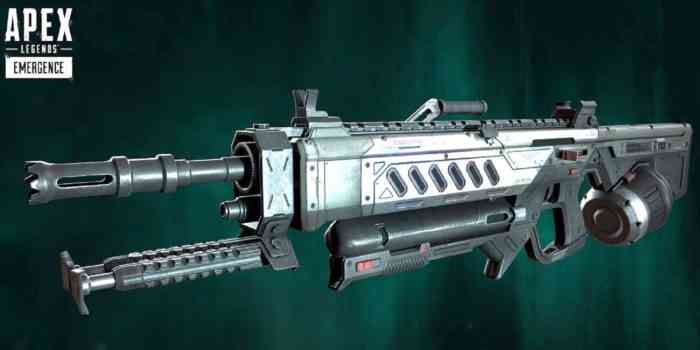 Respawn wants the Apex Legends community to know that they have heard and listened to the feedback. “You may notice the Rampage feels a bit different,” the devs wrote on social media. “We decreased the damage per bullet down from 28 to 26 and increased the thermite consumption per shot in its charged state.”

This means that the gun is now a tad bit weaker than before. Plus, it will not stay charged for as long as it once did the moment players pull that trigger.

Apex Legends players who took advantage of the exploit are expectedly not too happy with this decision. Devs removed it from the game temporarily in a hot fix as they worked to fix the issue. The weapon is back in Apex Legends as of today, with the exploit no longer possible. With that said, players will no longer be running into others with supercharged Rampages anymore.

Despite the nerfing, the Rampage LMG is still a very useful device. It has maintained its natural synergy with Legends Fuse and Rampart.

Respawn still wants their community to continue with the feedback, especially now that they have nerfed the Rampage. “Give it a try and let us know what you think,” they wrote. “As always, we appreciate your patience, legends.”

Are you happy they nerfed it? Let us know in the comments below.


Xbox Celebrates Year of the Tiger

Gran Turismo 7 Will Have a More Manageable Download Size

League of Legends Character Vi Is Heading to Fortnite