Bring Life to a Barren World

Watch deserts spring to life. Sprout trees from the ground and grow your world. All of this is possible in TREBUCHET Studio’s new VR game Winds and Leaves that launched today on Steam. In addition to the launch, TREBUCHET included a press release where they described their game.

The idea of Winds and Leaves seems basic on the surface. To save a barren world, the player character must plant trees. A game about growing forests, pretty tame and relaxing. So it would seem. At the same time the player must work to discover secret knowledge to stop a looming apocalypse from destroying the world. 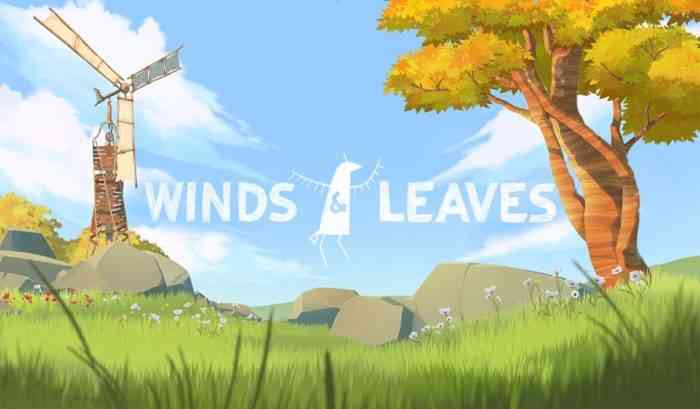 “Winds & Leaves is a unique VR experience filled with awe and poetry,” says the press release.

In fact, according to the press release, players will explore an ever-changing world. As they plant and grow trees players must discover ways to make different tree species adapt. There are several biomes and types of trees that add fun to planting. On top of all of this, the soundtrack grows as your plants do.

“Enjoy a procedural living soundtrack that reacts to the world around you,” the press release explains.

Alongside the information already presented to players, TREBUCHET also released a launch trailer.

The launch trailer shows off the brilliantly colorful animation style and the core gameplay. Players can see how, from VR first-person, the player-character interacts with the world. Jumping from tree to tree, grabbing fruit or seeds, and planting them in the ground. The trailer also shows off different biomes to explore, and includes shots of a vast, distant, world.

Winds and Leaves has launched on Steam today. It will be coming to the Oculus Rift Store early next year. Currently, the game is compatible with most PC VR headsets including the Oculus Rift and Valve Index.