Thirsty Suitors players will assume the role of Jala. She is a young woman who is trying to show some love for herself as she gets through life. In the process, she confronts the mistakes she made in the past. Her failed relationships are what drives this game’s story. Jala has to juggle the challenges of living in a small town where everyone knows everybody. 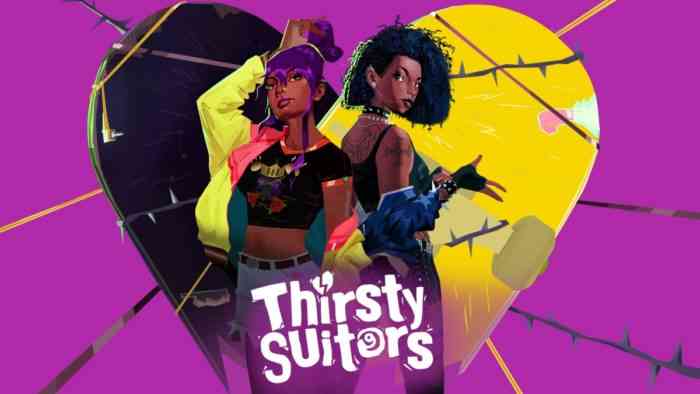 Combat includes a variety of upgrades, special abilities, and a special mood system. This system helps Thirsty Suitors players have the upper hand whenever there is a confrontation. Playing as Jala, players will have to battle exes, punks, suitors, and many more. It looks like she broke too many hearts and her exes are now ganging up on her.

However, it is worth noting that cooking may be where the real action is. Apparently, this is what Jala needs to do to improve her relationships with everyone. Perhaps she can cook up a special meal to finally be able to impress her mother.

Skateboarding within the game also provides a different form of gameplay. Thirsty Suitors players can use their skateboards to perform combos, certain moves, and complete challenges. In addition to walking around, it is also an efficient mode of transportation for players as they make their way across Timber Hills.

As of the moment, Thirsty Suitors does not have an official release date. Fans of the game, however, are expecting it to get one sooner or later. The game will be available on Steam once it has been released.

“Our mission at Outerloop Games is to create accessible games about underrepresented cultures,” said Outerloop Co-Founder Chandana Ekanayake. “Thirsty Suitors will give players a glimpse into our teams’ personal experiences growing up, which might be vastly different from what players have experienced themselves.”

Are you excited for Thirsty Suitors? Let us know in the comments below.

River City Girls 2 Release Has Been Delayed Until Later This Year
Next
The Matrix Awakens Proves Next-Gen Graphics Is in Sony’s Reach
Previous
Take on the Flash in the New Suicide Squad: Kill the Justice League Trailer