The Suicide Squad game is looking like a lot of fun. While it is meant to take place in the same universe as the Arkham games, the gameplay is quite the departure from them. Suicide Squad: Kill the Justice League is just what it sounds like, but they will finally fight one of them in the new trailer.

The trailer we were shown at the Game Awards is called Flash and Burn, which shows Harley Quinn, King Shark, Captain Boomerang, and Deadshot face off against the Flash; the Scarlett Speedster, the Fastest Man Alive. 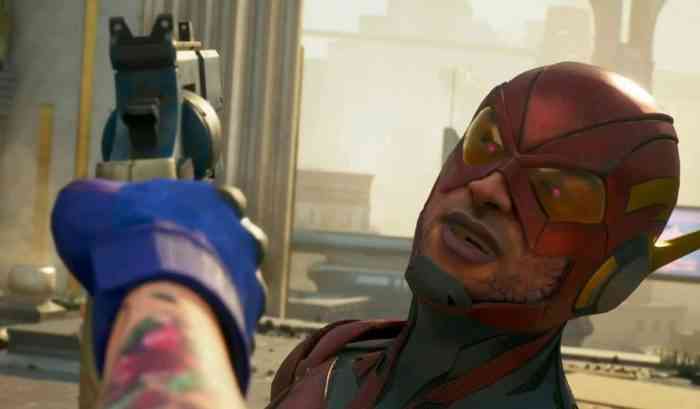 Captain Boomerang and the Flash have a rivalry, though it isn’t apparent just how an Aussie with high-tech boomerangs really poses a threat. Captain Boomerang kicks off the trailer by calling out Barry Allen with some trash talk. The Flash shows up and puts a stop to that though.

This trailer is the first of its kind to show us actual gameplay of Suicide Squad: Kill the Justice League. The previous ones have been cinematic, but we get to see them in action this time. The traversal abilities are very different than the previous Rocksteady Batman games, and each character has a unique way to move around.

Captain Boomerang has some speedy abilities of his own, which allow him to climb buildings and dash around. King Shark jumps and smashes his way from place to place. Harley Quinn uses a grapple-gun, which she may or may not have stolen from Batman. Meanwhile, Deadshot uses a jetpack to fly around.

Are you looking forward to the Suicide Squad game? Let us know in the comments below.