No Tricks Up the Sleeve

There’s nothing to hide. You stare your opponent and their cards right in the face. They glance over yours, planning. You know exactly what they could play, and they know the same for you. You think of the outcomes if you play your next card. Sound familiar? Probably not. These are just some of the situations that may come to mind when looking at Leonardo Interactive’s newly announced card collecting game (CCG). 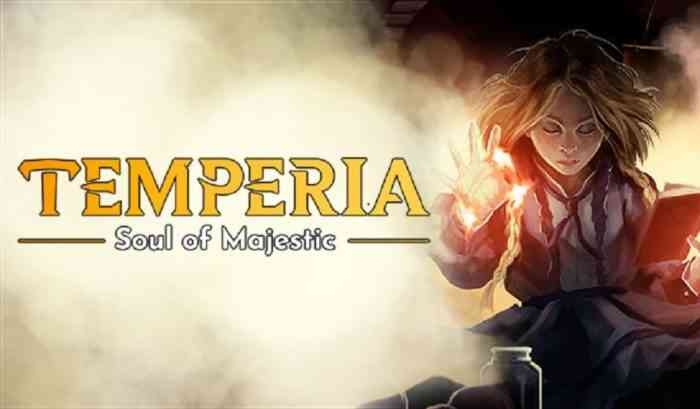 Temperia: Soul of Majestic, the new game by Leonardo Interactive and Moonwolf Entertainment, claims to be revolutionizing the CCG. In a press release details about the game were given, including what makes it so unique. The release states “Temperia: Soul of Majestic includes a variety of features that distinguish it from other card games on the market.”

One such feature is the idea of open-handedness. In Temperia, each opponent can see each other’s hands. Each player not only has a fully exposed hand, but two decks to work with. One deck consisting of creatures, the other of equipment. However, the visibility of player hands doesn’t remove strategy.

“Just like in chess – where everything is out in the open – players in Temperia: Soul of Majestic will be able to take advantage of the “Open-Handed” feature to execute dynamic strategies,” it says in the press release.

The game announcement is accompanied by a trailer. Additionally, the trailer shows gameplay, including how the game-board adds elements that need to be strategized around. Players need to use creature abilities, equipment, and the game-board itself in order to achieve victory.

As of right now, Temperia is currently in closed beta. The game will be available on Steam in 2022 with an IOS and Android version coming later that year. For more updates you can visit Temperia’s website.

Riot Games Discusses The Future of Valorant’s eSports Scene
Next
What can We Expect to See at The Game Awards?
Previous
Neil deGrasse Tyson Lends His Voice to New VR Game