The Bard’s Tale Is Coming to Amazon Alexa

Well, The Bard’s Tale coming to Amazon Alexa isn’t the strangest gaming news I’ve ever heard. While I do find the concept odd for a turn-based RPG, but I think developers should look into developing more audio games. Outside of just being interesting, it is a great way to bring games to people who can’t see or can’t focus on a TV for whatever reason.

Wanderword, with their in-house development team, Polar Night Studio is developing The Bard’s Tale – Warlocks of Largefearn. Players will choose between 4 different playable classes. Players will be able to customize their characters further – with two advanced subclasses that can be unlocked through character progression. The player will also be able to recruit companions to join you on your journey, where they will take your side in combat and offer advice as you adventure. 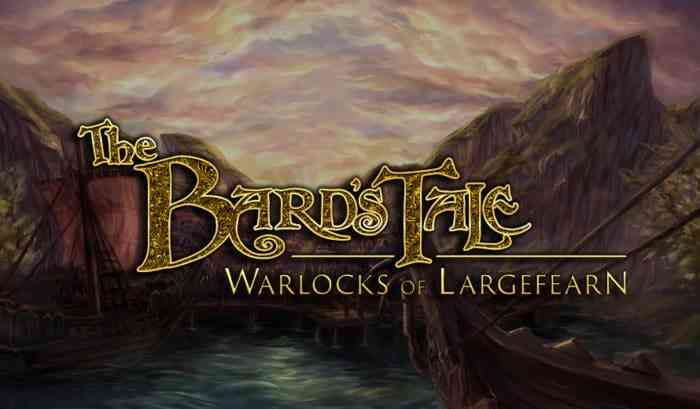 Johan Strömberg, Wanderword CEO, had this to say on the game:

“Bringing The Bard’s Tale to life for another generation to experience is something that is close to my gaming heart. The team was able to create a semi-open world that will immerse players of all ages.”

If you have a screen-enabled device, then you will still be able to experience some visuals. The Bard’s Tale – Warlocks of Largefearn features hand-drawn art for characters, locations, and even during combat. The characters and locations come to life with detailed artwork setting the mood for this fantasy adventure. Players will be able to see the combat grid and make moves that will affect the outcome of the battle.

It is a shame that many people will immediately write this game off. I love new and different experiences, and this is how we get those. I certainly plan on at least checking this out. The game being on Amazon Alexa isn’t a reason to just write it off in my mind.

Turn-Based Game Hard West II Will Officially Launch In Early August
Next
Death’s Gambit: Afterlife Is Now on PS4
Previous
Dread Hunger Serves Up a New Character in A Feast of Friends Update