Scorn, a Horror Game Inspired by H.R. Giger, Confirms It Will Be Coming Out in October 2022

We haven’t heard much from Scorn lately. While we’ve heard from some horror game title release dates as of late – such as Slitterhead, Lies of P, and Alan Wake 2– Scorn has been very quiet in the background since its announcement that it would be delayed to 2022. 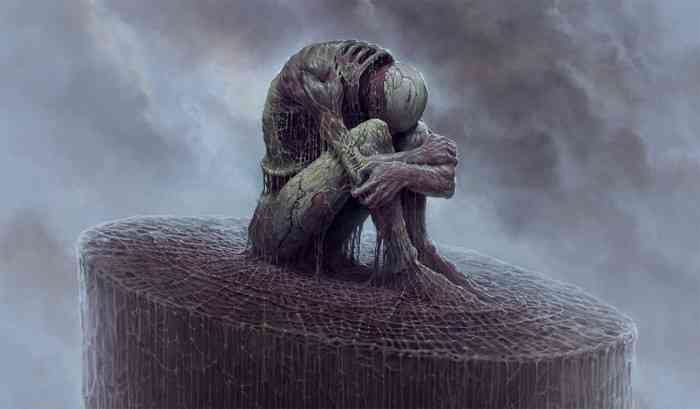 That is, until now.

This comes as an unexpected surprise. There was no word of the Xbox exclusive game throughout the Game Awards 2021 presentations. There haven’t even been updates from the publishers and developers of Scorn since late 2020- October 2020 to be exact, with disgustingly beautiful images for curious onlookers to browse through.

We can guess as to why there have been delays. There have been delays for many things in the past two years. But the lack of communication is surprising. But then, we’ve known about Scorn’s development for some time now, and it’s likely that there were some things that needed to be polished and worked on. Scorn is, after all, a biopunk horror game. A good horror game can rely heavily on atmospheric details, and with Scorn, it’s obvious that there was a lot of work and dedication in the world setting.

Currently, the story and the protagonist (other than they may be a skinless humanoid) are unknown. But with the obvious H.R. Giger influence, the mind behind the xenomorph alien creation, it might be worth just exploring the game to enjoy the unsettling blend of metal, flesh, and bone.

Scorn will be an exclusive for Xbox One, Xbox Series X|S, and PC. The game will also be a Game Pass title from day one.


God of Rock Will Officially Release In Mid April 2023

Building Game Meet Your Maker Set To Release In April 2023