Pokemon Unite Reveals Tsareena as Its Next Playable Character

Pokemon Unite devs have just revealed that the game’s next playable character is going to be Tsareena. She is a grass-type species known for her brutal kicks with her stalk-like legs. Tsareena is joining the game’s new limited time campaign.

The grass-type Pokemon first joined the franchise in Pokemon Sun and Moon for Nintendo 3DS users. As part of the special campaign, Pokemon Unite players can earn Tsareena’s Unite License for free by simply logging onto the game on multiple days. 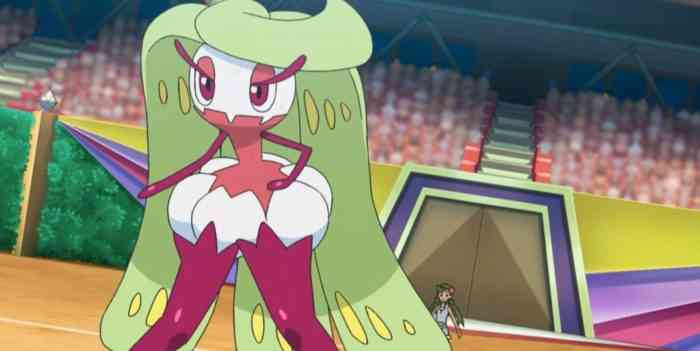 Tsareena is not the only Pokemon added in the recent weeks. She closely followed Decidueye, which is another Gen 6 grass-type species. Decidueye is a ranged attacker in the game, while Tsareena seems to be more suitable for close combat.

Pokemon Unite devs have decided to give Tsareena to its players for free. The Pokemon Company certainly did a good job in keeping the game relatively balanced. With that said, even free players have a place in the franchise’s highly competitive landscape.

Unfortunately, Pokemon Unite devs have not revealed any further details about adding Tsareena into the game just yet. However, according to recent reports, she is coming to the game on December 9th during a special in-game campaign.

Pokemon Unite is The Pokemon Company’s free to play multiplayer online battle arena. They first released the game for mobile devices and the Nintendo Switch this year. TiMi Studio has been pretty religious in adding more species to the game’s existing roster of playable characters. Tsareena has a loyal fanbase among Pokemon fans. This could only mean that bringing her to the game may draw in more players into the MOBA.

During 5v5 team battles, Pokemon Unite players can control a single Pokemon and level it up by beating wild Pokemon and other in-game enemies. They can also collect Aeos energy from wild species and try to score goals on their opponents’ side.

Are you a fan of Tsareena? Let us know in the comments below.