Move or Die Gets Act Like It’s Christmas Update Today

Those Awesome Guys’ titular party game Move or Die is celebrating the holidays with the Act Like It’s Christmas update. The update went live today and will end on January 5th. 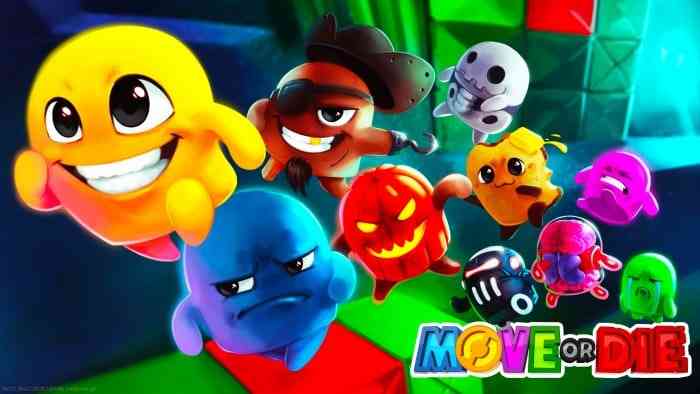 Move or Die is a fast-paced 2-4 player party game. Players each control a customizable colored blob that they’ll use to face their friends in an onslaught of high chaos mini-games. Each minigame has a different objective and is completely unique except for one mechanic that every game shares.

Regardless of the current game’s rules, players must constantly keep moving, or else their health bar will quickly deplete and they will die. Moving in the air and jumping don’t count. Players must keep moving on the ground to regenerate their health bars or be eliminated until the next round. The winner scores the most points, second place is next and so on. A player wins the game once they score their 50th point on a minigame they came first in.

Those Awesome Guys made the announcement earlier today via Gamepress.com. The studio added 5 new characters to the game but only detailed a few of them, “Five new characters are making their debut today. Whether it’s an over-dramatic Shakespearean nerd or a Bible-accurate angel of furious divine judgment, these holiday heroes are here to spread the rage-inducing fun only found in Move or Die.” It seems like these characters are not event exclusive and can be unlocked after the holiday season.

On top of 5 new characters, Move or Die also got an event exclusive unlockable character. The snowflake Deepfake is free to all players who wish to unlock it. All you have to do is play an online match before January 5th, and the character is yours! You can purchase Move or Die for 75% off from the PSN store or Steam.

Not Another Dating Sim, Monster Prom, Is Coming This April

Move or Die Review – Murdering Friendships in 20 Seconds or Less