The upcoming game in the Bioshock series is shrouded in mystery. There is enough information out to confirm a new game is in the works, but neither 2K nor Cloud Chamber has given an official statement on the topic. However, a very big leak just came out possibly giving away the game’s time period and setting. 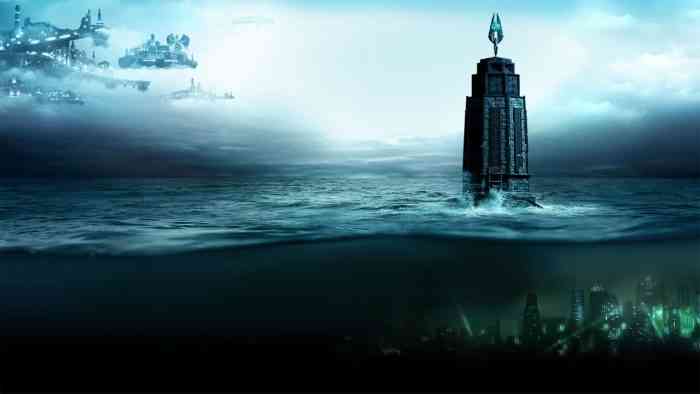 Game journalist and podcast host Colin Moriarty recently gave out brand new information regarding the rumored Bioshock game. Moriarty made the announcement via his PlayStation podcast Sacred Symbols. He mentions that the source wishes to remain anonymous and that he got a lot of off-the-record information as well. This means that the legitimacy of these rumors cannot be verified, and there is potentially a lot of useful information to make this source seem more trustworthy that we don’t know. Moriarty said the information made the source seem more trustworthy, but there is no way to prove or disprove that line of thinking.

The latest rumor states that the next Bioshock game is codenamed Parkside and takes place in a city in Antarctica called Borealis in 1960. This information directly conflicts with the previous leak. That leak stated the game will take place in two cities stacked on top of each other. The previous leak also made no mention of Antarctica. Moriarty did mention that another source had said the information was outdated, and the game has been rebuilt since then.

There hasn’t been an official statement from the devs or the publishers. Hopefully, either 2K or Cloud Chamber makes an announcement at the upcoming Game Awards to clear these rumors up. If not, fans will likely have to wait until E3 for any news or clarifications. What do you think about all of the Bioshock rumors lately? Do you believe in any of them? Tell us what you think in the comments below.