An adventure against destiny itself. Kemco has announced the release date for the Nintendo Switch version of their RPG Justice Chronicles. A press release about the announcement provides more details. 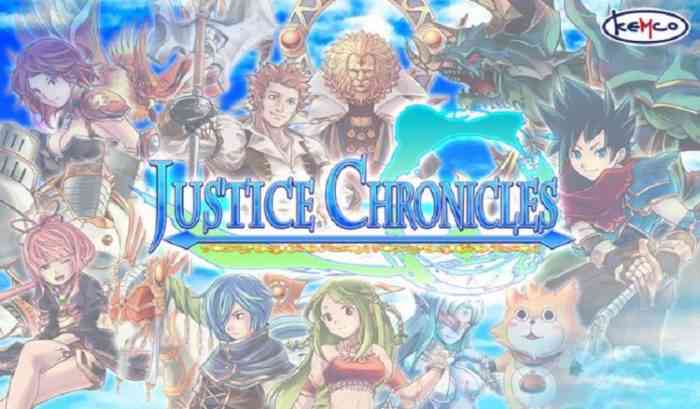 Justice Chronicles follows the story of a novice beast knight who, while on a scout mission, finds a mortally wounded battle maiden. Making a deal with the god of death to save the maiden, in exchange for his own life, the beast knight and the maiden must work together to save the world and themselves. Players will journey through a world on the bring of war and destruction and restore a balance that is lost.

In addition to the story, players will get to experience fully animated, turn-based, combat, weapon crafting, side quests, and a whole cast of characters. The story itself contains forty hours of gameplay. Also, the entire setting of the world is presented through pixel art. Players are also presented with the opportunity to use the beasts that inhabit the world. Players wouldn’t feel like a beast knight if they didn’t get to fight along side, and against, beasts.

Chef RPG Cooking Up on Kickstarter
Next
Pathfinder: Kingmaker Is Now Free for 24 Hours as Epic’s Next Giveaway
Previous
Kero Blaster Leaps onto Android