In My Shadow Is Solving its Way to Xbox Today

A Game of Shadows

It’s time to face your inner darkness, now on Xbox. That’s right, Playbae Games’ unique puzzle platformer, In My Shadow, has come to the Xbox. A press release about the game provides more details about what makes In My Shadow an emotionally beautiful, and unique platforming game. 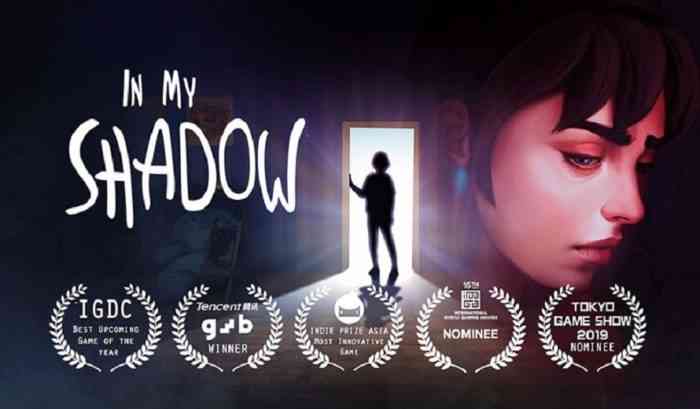 “In My Shadow is more than a cleverly designed puzzle platformer; it is a heart-warming story into the mind of a young woman looking for answers to questions in her past.” Said the press release.

The story of In My Shadow, according to Playbae, is heart warming. An emotional story that involves delving into the past. Of course, story is an important aspect of any game. Yet, equally as important, are how the mechanics of the gameplay interact with the story. A gameplay trailer released, before In My Shadow’s arrival to Xbox, showcases the gameplay and art style of the game to hone in on these features.

The trailer takes time to hint at the story to the players. Yet, at the same time, shows off the gameplay and style of the game. The puzzles are displayed upon the walls, where the player will need to take control of a shadow to solve them. Through the walls of four rooms, players will solve over fifty puzzles that will spell out the narrative with help from the protagonist’s, Bella, narration.

In addition, according to the press release, the color pallets of the game as well of the music also drive the narrative. The release explains that the music “flows seamlessly throughout the game to let you deeply absorb the emotion.”

Greak: Memories of Azur Review – With Family, Anything is Possible

Out of Line Hands-on Preview – Welcome to the Machine