With two new characters, prepare to brave the shadowy waters of Enkanomiya and the abyss that surrounds it. That’s right, Genshin Impact developer, Global Interactive Entertainment, announced yesterday that Update 2.4, Fleeting Colors in Flight, would be coming January 5th, 2022. Additionally, the update brings a massive amount of new content for players. From a new area to explore, to two new characters and even more. 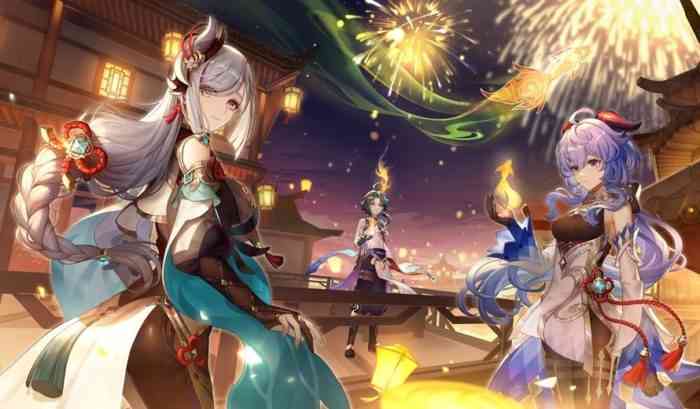 Alongside the update comes two new characters. Both of these characters, one a five-star and one a four-star, wield pole arms and act as supporting members of any team. Shenhe, the five-star character, uses the power of cryo itself as weapon. According to a press release about the update, her elemental abilities can boost the attacks and powers of her teammates.

She can, according to the release, “boost either nearby party members’ Elemental Skill and Elemental Burst damage, or their Normal, Plunging, and Charged Attack damage.”

Similarly, the four-star characters, Yun Jin also supports her teammates. Yet she buffs her allies normal attacks based off of her own defense.

Additionally, “as an opera master, Yun Jin’s opera performance will be voiced by a professional Peking Opera Artist”

With the release of these characters comes a whole new area to explore. The floating island of Enkanomiya is located beneath the ocean. The island brings a whole host of new enemies, puzzles and challenges for players to face. From the cunning Bathysmal Vishaps, social stalkers of the abyss, to even more dangerous foes. Prepare for what this are has in store for you.

On top of this content, Genshin Impact is also announcing its own New Year arriving with the update. The new year will feature more rewards and new outfits will be available.

Genshin Impact is currently available on PC, PlayStation 4 and 5, and mobile. The update will be released January 5th, 2022.