Spider-Man Is Coming to Fortnite Chapter 3

Fortnite Chapter 3 is nearly here. Still, that has not stopped leakers from leaking new skins, characters, and game mechanics before Season 1 commences.

“New Fortnite Chapter 3 trailer leaked,” one fan wrote on social media. “Only watch if you want to!”

The source of the leaked trailer was Fortnite’s official Polish YouTube channel. The video was quickly removed from the channel after it went live. However, they were not as quick as the gaming community’s fast hands. Many Fortnite fans were able to download copies of the trailer and have uploaded it elsewhere. 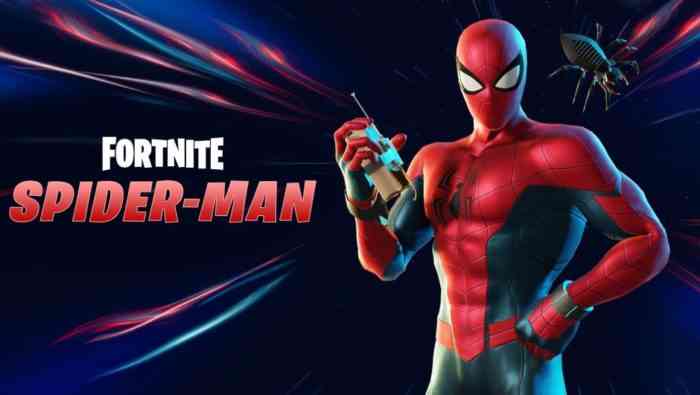 The leaked Fortnite Chapter 3 video revealed different types of information about the game’s next stage. From an island that flipped over, to a new Spider-Man skin as part of the Battle Pass.

This upcoming skin comes in three different style. There is the traditional blue and red suit, a black Symbiote suit, and a white Future Foundation costume. The white set might be a not-so-subtle indication of the Foundation returning in the upcoming season. It could also just be a happy coincidence.

Spider-Man joining Fortnite Chapter 3 comes in perfect timing with the theatrical release of Marvel’s blockbuster, Spider-Man: Now Way Home. In addition to the costumes, there are other references to the friendly neighborhood superhero, as well. Players can visit the Daily Bugle and also swing through the air Spider-Man-style.

“Play up and level up as you like to unlock the Battle Pass outfits, including Spider-Man!” as stated in the Polish-narrated video. “Explore the Sanctuary, the hidden house of The Seven, and the Spider-Man Neighborhood—The Daily Bugle, as well as other locations.”

Fortnite Chapter 3 will begin after The End event, which will take place on December 5th. Once the event is finished, there will be some downtime before the game returns online with a new season.

Are you glad Spider-Man is joining Fortnite Chapter 3? Let us know in the comments below.

Gwent: Rogue Mage Will Be Out Tomorrow
Next
Virtua Fighter 5: Ultimate Showdown Gets the Yakuza Collaboration Pack
Previous
The Talented Ovsyan Cosplay Is Both Incredible & Spicy