Valve On VR Optimization for Steam Deck: ‘It Is Possible’

Valve Says “It Is Possible” for Steam Deck to Support VR; Won’t Be Launching Games Exclusive to Device

Valve revealed the Steam Deck just this July. Valve is not planning to make any games that are exclusive to it. After all, it is just a handheld version of a PC.

“That does not make much sense to us,” Valve stated. “It is a PC and it should just play games like a PC.”

“You can install and add any game like you would on the Steam desktop,” they continued. “Just install the application and then add it to Steam from desktop mode, and it will show up just like it would on any PC.” 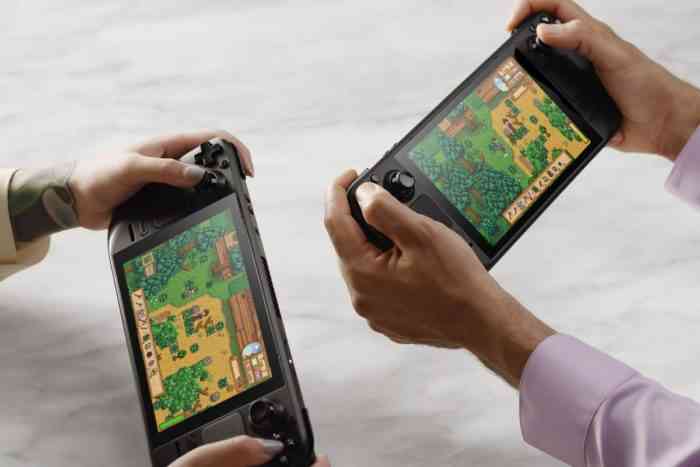 Upon launch, the Steam Deck will be running on a modified version of Valve’s SteamOS. Valve designed the device with an interface that is similar to a console’s. This type of interface will allow Steam Deck users to easily navigate the Steam Store and their own Steam libraries.

In addition to that, the handheld device will also let players access an unrestricted computer desktop where the third party applications were installed. This means that players will be able to play non-Steam games on the device, technically transforming it into a handheld PC.

With that said, developing titles that are exclusive to the Steam Deck will serve very little to no purpose at all. Although it may boost the sales of the device, it will expectedly also frustrate gamers who do not own a Deck.

Moreover, Valve also spoke up about whether or not the device is going to support VR capabilities. “Technically, it is possible,” Valve confirmed. “But, we did not design and optimize Steam Deck for VR.” However, they did reveal that they “have seen people jury rig it.”

The Steam Deck is Valve’s upcoming handheld gaming device that seems to be the company’s response to the popular Nintendo Switch. The functionality may be the same, but the gaming community is expecting the former to be decently more powerful.

Are you excited for the Steam Deck? Let us know in the comments below.

The Last of Us Part I Will Now Release On PC In Late March 2023
Next
Starfield Will Be ‘More Realistic’ Than Other Bethesda RPGs
Previous
Sea of Thieves’ Next Update Lets You Bury Treasure, For Real