Star Wars: The Old Republic Will Continue to Have More Storylines

Star Wars: The Old Republic has been around the gaming world for a long time now, and contrary to what many fans might think, BioWare is not done with it quite yet. The game’s 10-year anniversary is coming up, and the team behind this MMO has confirmed that they have “no plans to stop anytime soon.” This means that there will be more stories and sci-fi crises to come. 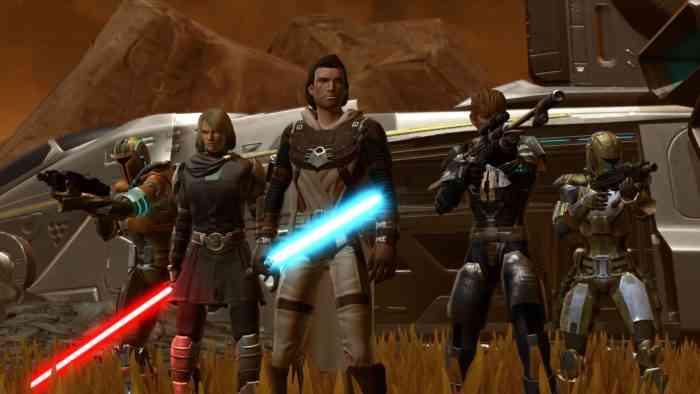 When Creative Director Charles Boyd was asked about what Star Wars: The Old Republic’s next 10 years will look like, he revealed that they plan to come up with “more storylines,” in addition to “more gameplay and modernization improvements.” “We really want to keep ur visual quality and user experience feeling fresh and modern as we move into the future,” Boyd said. “Beyond that, I am not allowed to say yet, but it is a big galaxy!”

Despite not saying exactly what the team has planned for Star Wars: The Old Republic in the future, he did say that they will always be “thinking big for SWTOR’s future.”

BioWare was pleased to be given free rein to craft stories thousands of years in the past from the the popularized Star Wars franchise. However, despite its timeline difference from mainstream Star Wars backstories, Star Wars: The Old Republic still carries a premise that is very familiar to the series’ fans, with Jedi turncoats, Separatist armies, and Sith planets.

“Honestly, it did not change how we do anything,” Boyd stated. “We are kind of set in the ancient past of the Star Wars universe to begin with—we were always separated by time.”

Do you want more Star Wars: The Old Republic content? Let us know in the comment below.