Star Wars: The Old Republic is Free on Steam

Long Ago, in a Galaxy Far Far Away

It’s safe to say that at this point Star Wars is one of the most prevalent pop culture franchises of all time. With decades of stories told across movies, TV, books, comics, cartoons, video games, theme parks, and a critically reviled holiday special, few franchises, if any, can stand alongside the juggernaut universe. Now, almost ten years after it first launched, Star Wars: The Old Republic, the series’ first foray into the MMO genre, is coming to Steam, and the best part is that it’s absolutely free. 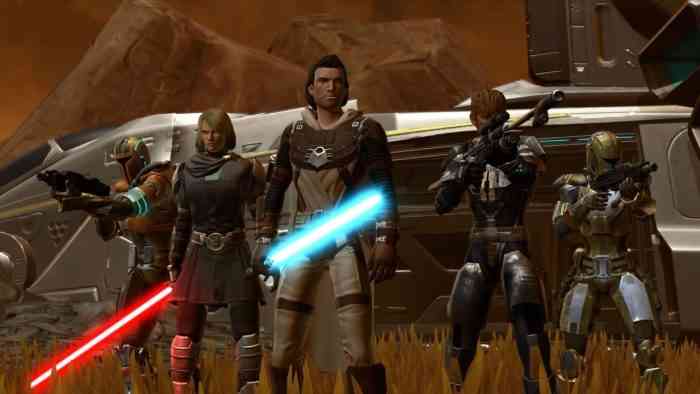 The game allows you to adventure across multiple planets, from established world like Alderaan and Tattooine to lesser-known planets, like Taris and Quesh. Like other MMO’s players can choose from a variety of classes, four each depending on whether you choose to fight for the dark side or the light. Each class has their own individual skills and story line, and additionally, different classes start their journeys through the Star Wars galaxy on different planets.

Given the fact that the sequel trilogy just launched finished, with another in the works, and The Mandalorian is proving to be a juggernaut in its own right, it’s safe to say that the world is far from over Star Wars fever, so now’s a good a time as any to delve into The Old Republic, or even rediscover it if you played it previously: The game offers cross-play and cross-save functionality with the Star Wars: The Old Republic launcher itself, so regardless of where you log in from, your progress and adventure will be saved, and you’ll be ready to jump back into your journey.

The Steam version also comes with trading cards, emoticons, and over 100 achievements, amongst other goodies, so there’s plenty of reasons to check it out on this new platform, even if you’re already an experienced player. What do you think of the news? Let us know in the comments, or get in touch on Twitter and Facebook and, as always, may the force be with you.


Star Wars: Squadrons Trailer Show Us the Determination of the Empire