Monster Rancher 1 and 2 DX Is Coming Out on Steam

And Koei Tecmo Made It Possible to Pre-order It Now 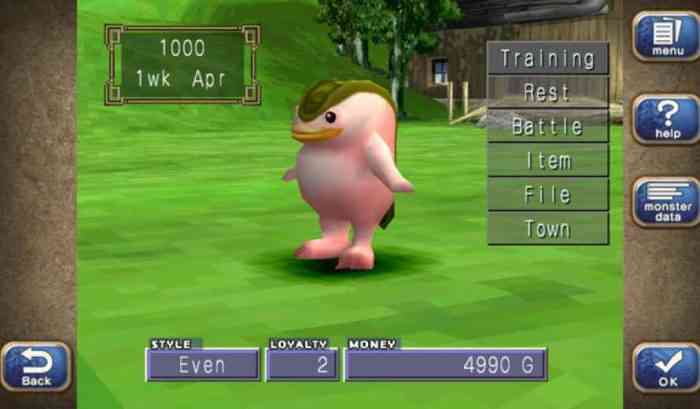 Thankfully, no one is expected to use CDs for the monster generation feature. Instead, those who want new monsters can use keyword searches for CD titles. And apparently, there are 600,000 songs in the database, so there may be a few selections for future players.

The relaunch of Monster Rancher to the west is part of the twenty-fifth-anniversary celebration. With the release, comes improvements. Most come in the form of user requests over the years and improve the UI. But too, there is the integrating of a minigame from the PocketStation, which must have been in high demand. And, much like the Pokemon game series, there are new monsters and callbacks to old monsters from the original animated series.

For those who want a copy of Monster Rancher 1, and 2 DX, the games will be coming out on December 8, 2021, on Steam for PC,iPhone, iPad, and iPod touch via the App Store, and on the Nintendo Switch store, at the price of 33.99 CAD.

The House of the Dead: Remake Heads To Nintendo Switch In April
Next
Halo: Infinite’s Opening Cutscene Leaks Onto the Internet
Previous
Riot Shows Off Early Gameplay for League of Legends Fighting Game