The Assassin’s Creed series lost one of its most prominent writers when Darby McDevitt announced earlier this year that he was leaving Ubisoft to embark upon “a new adventure.” However, only nine months after his departure, he has decided to return to his post.

“As I pondered my career over the past year I focused on my desire to explore new ideas and unknown frontiers,” McDevitt wrote on social media. “Much to my delight, this is reflected in my return to Ubisoft to work on Assassin’s Creed.” 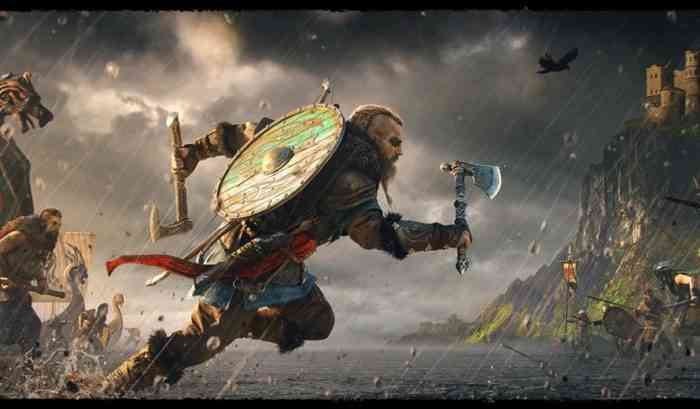 The Narrative Director has worked at Ubisoft Montreal for more than 10 years, and he has created multiple stories and dialogues for a variety of Assassin’s Creed titles, such as Unity, Revelations, Origins, Black Flag, and most recently, Valhalla. “I am excited to continue my journey,” he continued. “Stay tuned!”

During his absence at Ubisoft, he was the Narrative Director at another Montreal-based game developer studio Illogika—which, in turn, announced to the gaming public that they were working on a single-player horror game that is going to be set in the A Quiet Place universe. Although McDevitt did not confirm if he was part of the team working on the game—his LinkedIn page only says he was on unannounced projects—he did tell his followers about the studio’s work.

“Special shout out to the awesome team at Illogika and their recent A Quiet Place announcement,” he wrote. “It is a really bold game with a fantastic approach.”

Earlier this year, Assassin’s Creed devs confirmed to the gaming community that the next major series project they had in mind is going to be a large-scale online Assassin’s Creed game that will evolve over time as a live service. The code name of the cross-studio project is Assassin’s Creed Infinity.

“Rather than continuing to pass the baton from game to game, we profoundly believe this is an opportunity for one of Ubisoft’s most beloved franchises to evolve in a more integrated and collaborative manner,” Ubisoft stated regarding the upcoming Assassin’s Creed project.

What do you think of Darby McDevitt’s return to Ubisoft? Let us know in the comments below.

Death Stranding Sequel Is in the Works, Says Norman Reedus
Next
Stay Warm & Cozy This Weekend with Amazing Deals on Back 4 Blood, Far Cry 6 and More
Previous
Sker Ritual is a Co-op Survival FPS and Not a Horror Game