Overwatch devs have officially renamed the game’s resident gunslinger to Cole Cassidy. Blizzad has confirmed that the Jesse McCree character is now gone, and has been replaced by an honest cowboy.

“Running from hist past meant running from himself,” Blizzard wrote in their statement. “And, each passing year only widened the divide between who he had been and what he had become. But, in every cowboy’s live, there comes a time when he has to stop and make a stand.” 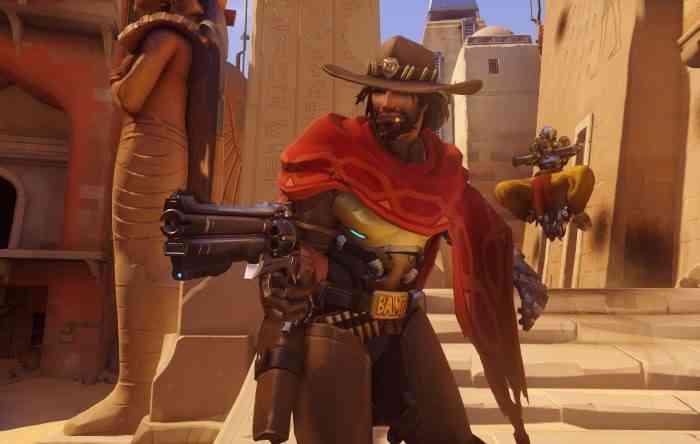 “To make this new Overwatch better—to make things right—he had to be honest with his team and himself,” the devs continued. “The cowboy he was rode into the sunset, and Cole Cassidy faced the world at dawn.”

Blizzard decided to change the name of Overwatch’s main character due to an internal shift within the company following a slew of sexual harassment and toxicity allegations in the company’s leadership. This change is part of the company’s intentions to distance itself—and the game—from the now-fired former Game Designer Jesse McCree who was terminated for allegedly promoting a toxic culture in the workplace.

The recent revelations of workplace abuse within Blizzard Entertainment have caused a massive turnover within the company, which saw the departure of multiple legacy developers—some of whom have been working at Blizzard since its early years.

In addition to the official name change, Blizzard also removed any dialogue that mentioned Jesse McCree’s name in Overwatch. Everything will reportedly be re-recorded to reference Cole Cassidy. This change was necessary as many Overwatch fans have been calling for it. Some Overwatch casters have even started to stop using his name and would only refer to the character as “the cowboy,” which, in turn, suits the Overwatch lore even more.

Cole Cassidy will be making his debut in the Overwatch universe on October 26th.

What do you think of the character’s new name? Let us know in the comments below.

The Excavation of Hob’s Barrow Releases for Switch
Next
Darkest Dungeon 2 Is Coming to Early Access Next Week
Previous
Fatal Frame Director on Further Remasters: ‘I’d Like to Consider This’