The iconic PS2-era GTA games are coming to modern consoles! Quick, everybody act surprised! Late last month, South Korea rated Grand Theft Auto: The Trilogy – The Definitive Edition and long before that, the games were rumored to be bundled together as well.

For a group of games that are almost entirely disconnected from each other, fans hold them all in such high regard as a collection. Soon, gamers will be able to have them all in one place. Again. I’m pretty sure these games have popped up on almost every major console since they originally came out, but this time it’s different somehow! 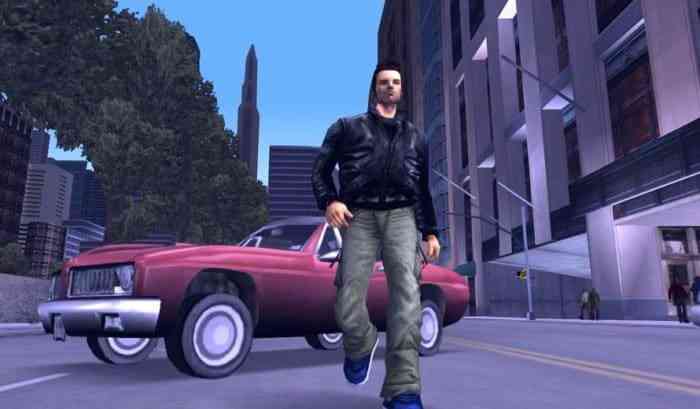 Rockstar finally, officially announced The Trilogy earlier today. The 20th anniversary of the original release of Grand Theft Auto will be upon us in a couple of weeks, so now is a good a time as any to unveil this collection.

Rockstar says that The Definitive Edition “will feature across-the-board upgrades including graphical improvements and modern gameplay enhancements for all three titles, while still maintaining the classic look and feel of the originals.” This probably means they will have things like widescreen support and tighter graphics on level 3, but nothing on the scale of a remake.

To that end, Rockstar did not show off any updated gameplay, but that’s okay. We can probably just close our eyes and go back to all the times we’ve played these games in the past.

Because there will be a brand new way to play these classics, Rockstar will also be removing existing versions of these games from digital retailers next week. I guess it really will be The Definitive Edition. Grand Theft Auto: The Trilogy – The Definitive Edition will be coming to PC, PS4, PS5, Xbox One, Xbox Series X|S, and Nintendo Switch later this year. It will also be made available on Android and iOS devices in the first half of 2022.

Have you been patiently awaiting this collection? Let us know in the comments below.