Dynasty Warriors 9 Empires Is Set to Release in February

Mass Murder, but With Strategy

Dynasty Warriors 9 Empires is set to add some new features to spice battle up a bit. It will feature Storming the Castle will try to battle for control of a castle. Kind of in the name, there. During these Storming the Castle battles, players will be able to utilize Siege Battles with the Troops, where they can issue orders to the troops while using siege weapons to break into the castle. 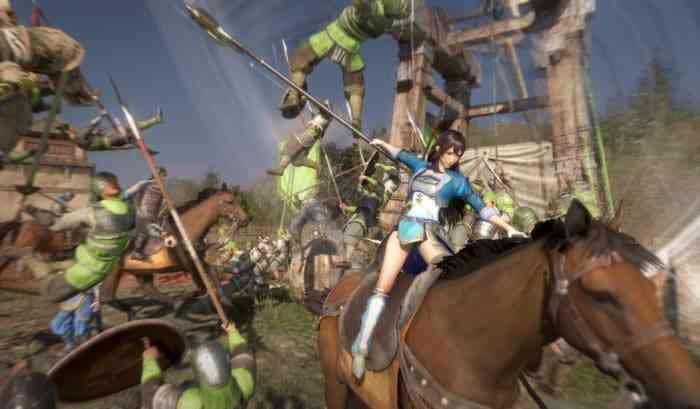 Once you are able to break into the enemy castle, They will enter a Decisive Battle. In this battle, the player will have to defeat the commander to get control of the castle, while all enemy officers will re-join the fight for one last defense where you can defeat and capture them.

Another way for players to have more strategic control over a battle are Secret Plans. Secret Plans have success and fail conditions, and when the success conditions are met, allies will receive a beneficial boost. This could capture the surrounding bases or defeat messengers and more.

Commanders will also have strengths and weaknesses that affect the troops they face. A leader could be strong against infantry, cavalry, or archery. If you are strong in infantry, you will do more damage and receive less damage against cavalry units. The order goes Infantry < Archer < Cavalry < Infantry.

Of course, the political intrigue and domestic system will return in Dynasty Warriors 9 Empires. The goal is to unify China under one leader, and as a leader, you have to figure out how to make that happen by gaining supplies and defeating or becoming allies with other leaders.

Dynasty Warriors 9 Empires is more Dynasty Warriors but with a more strategic element. When I do pick a game up in the series, I do prefer the Empire spin-offs. I’ll keep my eye on this one and see if they fix some of the issues Dynast Warriors 9 has.