Starship Troopers: Terran Command, which is going to be based on the first movie, is finally getting a playable demo next week. Fans of the franchise were glad to know that they can officially get their hands on the game pretty soon, considering that Slitherine has kept mum about the game since its 2019 announcement and a trailer earlier this year. 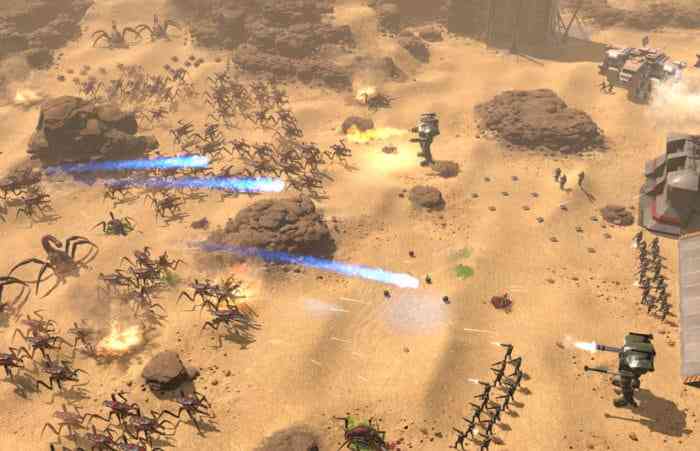 Although the much-awaited bug-killing game from The Aristocrats will soon be getting some kind of playable form, Slitherine has still not provided a specific release date for the full game. “We cannot commit to a specific release date yet as we want to act on the feedback we receive,” the devs stated in a press release. “We only ask you, if you are willing, to give us your honest opinions on the missions you are going to play, so that we can ensure that the game lives up to fans’ expectations.”

The game will reportedly feature a single player campaign that was based on the events that transpired in the original film, spanning 21 missions. Starship Troopers: Terran Command players will enter the game as the Mobile Infantry capturing control points to expand their forces, in addition to holding tactical positions to fend off massive waves of giant bugs.

Fans of the franchise can only catch the playable demo of Starship Troopers: Terran Command during the Steam Next Fest—which has already been scheduled to last six days. It begins on October 1st at 10am PT and runs until October 7th at 10am PT.

Call of Duty: Vanguard Zombies Concludes With The Archon
Next
Pokemon Unite Devs Decide to Nerf Snorlax’s & Wigglytuff’s Sleep Effects
Previous
Titanfall 3 Is Not in the Works, Devs Say ‘Don’t Get Your Hopes Up’