Starship Troopers Getting An RTS Game

Video game adaptations of feature films tend to be a pretty mixed bag. While you can get excellent releases from time to time, most of them are sort of awful. Something about rushing to get a product ready for a concurrent film release time encourages stark drops in quality. With Starship Troopers: Terran Command, the movie came out way back in 1997. So they’re not in a huge hurry. 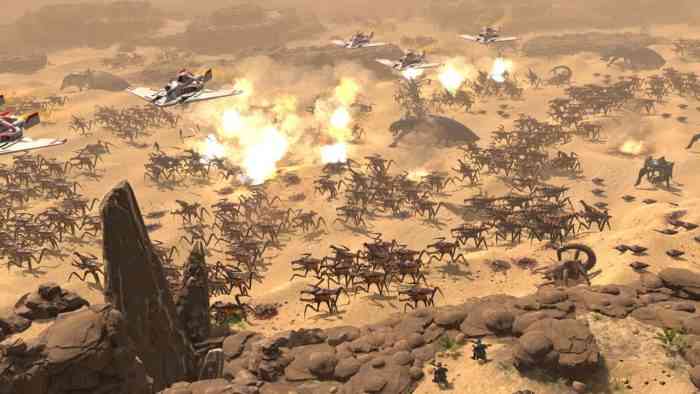 If you’re not familiar with the film, picture enthusiastic war propaganda turned on its ear and filled with thousands of giant bugs. Aristocrats, the development team, has an established history with RTS games. So if nothing else, this one has some pedigree to lean on. Also the game looks pretty cool!

In particular, the devs have worked to capture that very specific feel evoked by the film all those years ago. Something about the two armies meeting on a barren landscape in the dead of night, faces lit up by blaster fire and bug blood, just tickles the brain. The voice acting feels weird, but that might be just the European cast delivering the lines. My heart belongs to the American cast, after all. You can check out the trailer for yourself in the video below. Terran Command is set for release for the PC sometime in 2020.