THQ Nordic’s 2018 installment of the Darksiders franchise will be coming to Nintendo Switch this Fall. The publisher made the announcement earlier this morning. The entire available Darksiders saga will be on Nintendo Switch by the end of September.

In Darksiders 3, you control Fury, who is tasked with defeating the Seven Deadly Sins. Along her journey,  she gains new abilities and forms called Hollows that grant her new weapons and elemental forces. Using the Hollows, Fury can magnetize herself to certain surfaces, burn through webs, levitate and rise through gusts of wind, and other things to navigate the ruins of Earth. 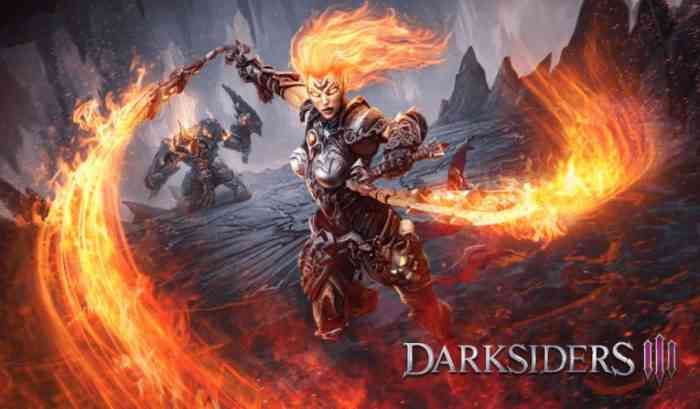 The Crucible DLC, much like The Crucible in Darksiders 2, is an endurance arena that pits Fury against increasingly difficult enemies. What is different this time around is that in Darksiders 3, Fury can be awarded a special currency that she can use to purchase unique upgrades to her weapons, as well as additional items used in upgrades.

The Nintendo Switch release of Darksiders 3 will include both Keepers of the Void and The Crucible DLC bundled with it. There was a Darksiders 3: Whips & Chains Edition for PC, PS4, and Xbox One that came with Darksiders 1-3, but there is currently no word on that kind of deal on the Nintendo eShop.

Which is your favorite Darksiders game? Let us know in the comments below.


Remnant: From the Ashes Will Rise Again on Nintendo Switch

See the Different Worlds in SpongeBob SquarePants: The Cosmic Shake