Jurassic World Evolution 2 Is More Than a Dinosaur Management Game

Jurassic World Evolution 2 has brought Earth to the Neo-Jurassic age, which is a new era that signals the re-introduction of dinosaurs to the planet. The game is expected to be a sequel to the events that transpired in 2018’s Jurassic World: Fallen Kingdom—where the dinosaurs have started to co-exist with the humans.

Although the game will task players to put the dinosaurs back in their habitats, just like in the first game, Game Director Rich Newbold has confirmed that Jurassic World Evolution 2 will be more than “just a dinosaur management game.” “It is a disaster management game,” Newbold said. “Managing dinosaurs should not be stress-free. It is meant to be stressful!” 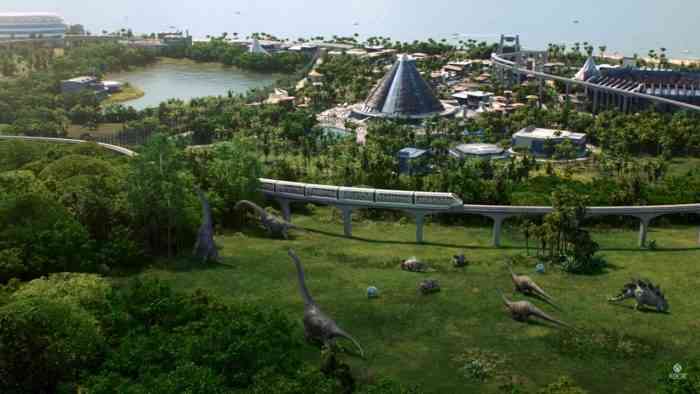 Fans of the Jurassic Park and Jurassic World franchise who have been given a hands-on experience via the pre-release build have come to realize that there is more potential for disaster than there was before—and not only because of the dinosaurs themselves.

“That is the whole point of Jurassic Park and Jurassic World,” Newbold added. “People thought they could deal with this problem, but they can’t. So, things are going to go wrong. It is something we genuinely wanted to get across in Jurassic World Evolution 2.”

Jurassic World Evolution 2 fans found it interesting to witness firsthand what changes Frontier applied to the sequel, especially following the success of Planet Zoo—Frontier’s other creature theme park sim. The game will give the players “a different way of seeing dinosaurs, as opposed to them sedately coming out of a hatchery or being delivered.”

MultiVersus Dataminer Claims Mark Hamill Could Be Voice of Joker
Next
Check Out the Setting and Characters of Far Cry 6 in New Story Trailer
Previous
Horizon Forbidden West Delayed to February 18, 2022