My Friend Pedro: Ripe For Revenge Makes Its Way To Mobile Devices Today

Devolver Digital is a premiere video game publisher known for its wacky yet fun indie games and has major titles under its belt such as Fall Guys, Shadow Warrior, Hotline Miami and more. Today, the company has added yet another exciting game to its umbrella as My Friend Pedro: Ripe For Revenge hits mobile platforms today! My Friend Pedro: Ripe For Revenge is free to play on iOS and Android devices. Fans can access the game on their relevant store or here.

My Friend Pedro: Ripe For Revenge’s release date was confirmed about a month ago and Devolver Digital along with Deadtoast are excited to bring the adventure of blood, bullets and bananas over to mobile devices. Gamers would be familiar with the franchise as My Friend Pedro is available on PlayStation 4, Switch and PC and even sold more than 250,000 units. The franchise was even able to garner the attention of John Wick’s writer as rumors of a TV series swirled around in July 2020. 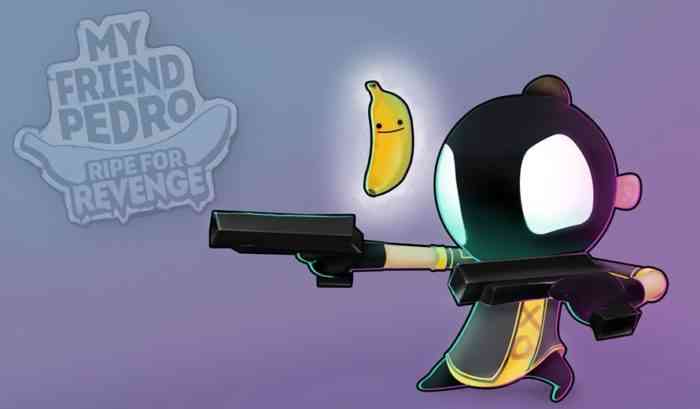 In this iteration, his wife and kids have been kidnapped, but Pedro has become a man on a mission and his family will be reunited. Players will take control of Pedro in this fast paced action game as they serve some revenge on their enemies, along with bullets of course.

Players will use the game’s mechanics to flip and shoot their way through over a dozen levels, using motorcycles and skateboards along the way. Enthusiasts can test their mettle in Blood Rush Mode, where they can push for their highest scores under trying circumstances.