Castlevania: Grimoire of Souls is Coming to Apple Arcade Soon

How Many Times Do We Have to Teach You This Lesson, Dracula?

The Apple Arcade subscription service offers unlimited access to a growing collection of over 200 games, and soon that number will include Castlevania: Grimoire of Souls. Originally released as a mobile title, this game allows players to step into the shoes of five fan-favorite protagonists from across the franchise’s long and storied history.

Castlevania: Grimoire of Souls features the series’ classic 2D action gameplay and multiple ways to progress through its 60 stages, which is great because the five playable characters have very different abilities. You can’t hold a dhampir or a magical girl to the same standards as a mere mortal, even a Belmont mortal. 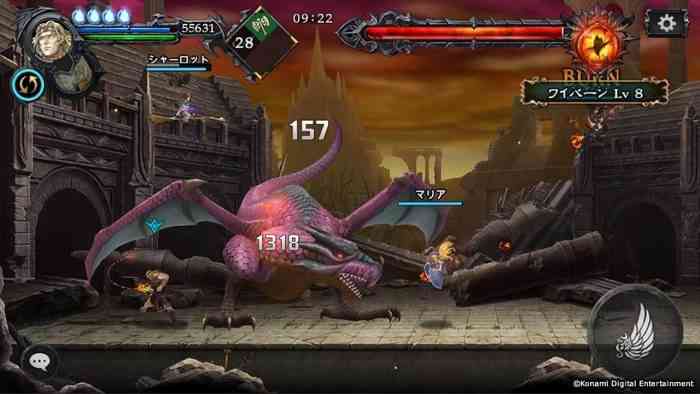 It may take you a bit to figure out whose playstyle works best for you, but honestly, that sounds like an excuse to play more of the game. And when famous series creators Ayami Kojima and Michiru Yamane worked on the art for Castlevania: Grimoire of Souls, any excuse to see more of the art is a good one.

According to the press release, the game will feature both daily and weekly missions, like many mobile games. The game will be available in 16 different languages including German, Spanish, Russian, Turkish, Brazilian Portuguese, Dutch, Arabic, Chinese (Simplified), Chinese (Traditional), Korean, and Japanese.

Castlevania fans who missed out on Castlevania: Grimoire of Souls’ short-lived mobile release may want to check this out. Maybe they’ll finally release Soma Cruz as a playable character, too.

Castlevania: Grimoire of Souls will be coming to Apple Arcade soon.

What’s your favorite classic Castlevania game? Let us know down in the comments, or hit us up on Twitter or Facebook.

Konami’s Castlevania NFTs brought in over $150,000