Pass Me the “Kukulkan Green”

Square Enix is celebrating Tomb Raider’s 25th anniversary in some interesting ways. Even though there is no new game being announced, they have released the Definitive Survivor Trilogy and there is going to be a Tomb Raider crossover in Ghost Recon Breakpoint.

Earlier this week, they released several coloring book pages to show fans some appreciation. Yup, now you can color in pages based on your favorite Lara Croft adventure. There are fifteen pages in total, each based on a different Tomb Raider game. 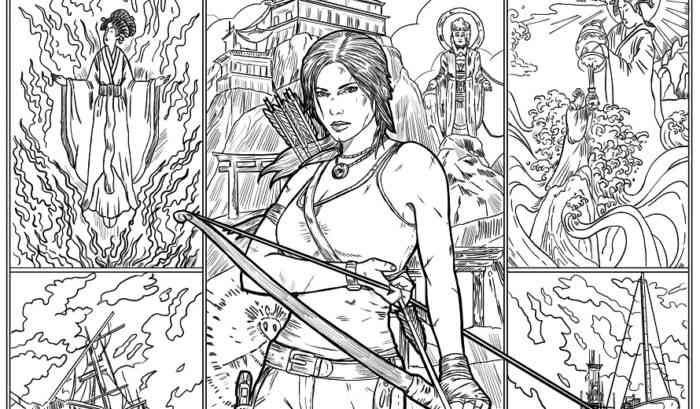 Did you know that August 2 is #NationalColoringBookDay? We sure did & are celebrating with #TR25 style! The uber-talented @VirBerrocal has created 15 unique tributes to Lara Croft for you to color & share! Download here: https://t.co/aI03626BOP pic.twitter.com/E7U8b4q1Rq

These pages are available in a PDF file and can be printed out and colored or digitally edited by fans. Print them out for your kids! Or you can complete one and tag the Tomb Raider Twitter account so they can show off your work next week for National Coloring Book Day on August 2nd.

Tomb Raider’s 25th birthday is being celebrated in some unconventional ways, but it looks like it is more about the fans than the games this year. Hopefully, a new Tomb Raider game will be announced next year or something. Until then, we have our coloring books and crayons.

Do you like the look of classic Lara or modern Lara more? Let us know in the comments below.