It’s Time To Solve A Mystery

The Frog Detective series has been one of the breakout indie stars of the past few years. The gameplay is simple – you’re a frog, you’re a detective, and you have to solve a mystery by talking to a cast of eclectic and absurd characters to get to the bottom of it. Two games have been released so far: The Haunted Island and The Case Of The Invisible Wizard. Developer Grace Bruxner has announced that Frog Detective will be setting out on one last adventure later this year in Frog Detective 3: Corruption At Cowboy County. 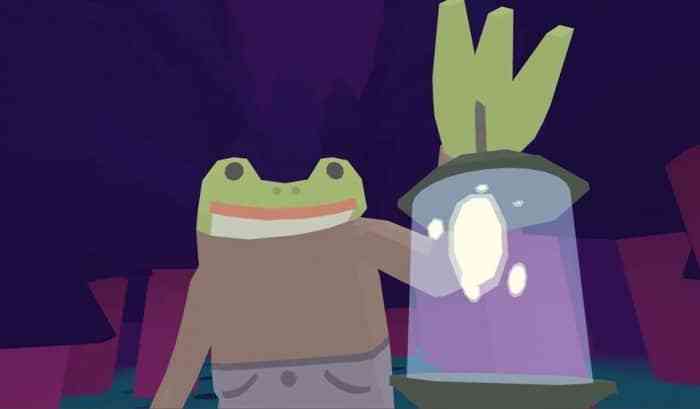 Corruption At Cowboy County is a direct follow-up to The Case Of The Invisible Wizard, with our froggy hero teaming up with the world’s greatest detective, Lobster Cop, to solve the mystery of a Wild West county that’s found itself without a sheriff. However, there’s another mystery at play here – just who has stolen Frog Detective’s iconic, sticker-covered notebook? Will Frog Detective become the #1 detective? Is crime real after all?

The Steam page for Frog Detective 3 describes the game as “a first-person mystery game. Talk to witnesses, collect clues, smile vacantly and be a frog. If you’re looking for hard-hitting detective work, you’ve clicked on the wrong store page.”. The game is sure to keep the goofy humor and cutesy cast of anthropomorphic animals that defined the first two Frog Detective titles. In a statement on Twitter, Bruxner claimed, “it’s final chapter because I want a tv show” – likely a joke, but the world of Frog Detective would be well-suited for a short animated series.

Frog Detective 3: Corruption At Cowboy County is developed by Grace Bruxner and Thomas Bowker, working with worm club and SUPERHOT PRESENTS. It’s set to release on Steam and itch.io later this year, though an exact date hasn’t been revealed just yet.