Come On And Slam

The marketing for the hotly anticipated upcoming Space Jam sequel, Space Jam: A New Legacy, has been absolutely wild so far. From an arcade-style 2D beat ’em up game coming to the Xbox Game Pass to a selection of limited edition Space Jam Xbox controllers, it seems that Warner Bros. are pulling out all the stops to try to catch gamers’ attention. Now, Space Jam: A new Legacy’s star LeBron James will be coming to Fortnite as part of their Icon Series – sporting a Space Jam jersey, of course. 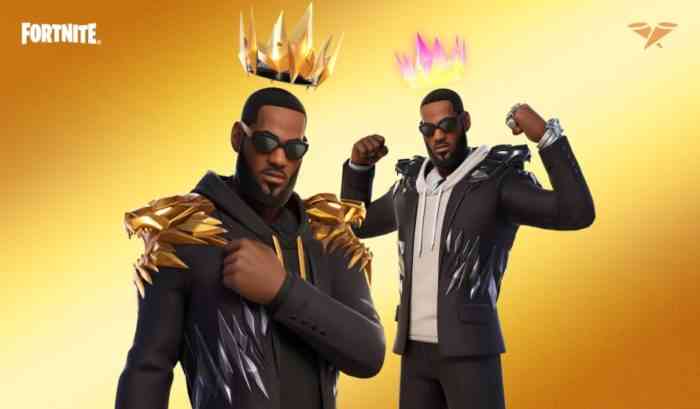 The Fortnite Icon Series is a selection of items, emotes and skins made to honor celebrities and Fortnite pros – so far there have been nine skins released, including the iconic Fortnite streamer Ninja and the rapper Travis Scott. LeBron will be bringing with him three different outfits and a range of items, available separately or as art of a bundle.

The first outfit, just called the LeBron James Outfit, includes both a Fortnite-styled hoodie and a selection of gold accoutrements, called The King’s back Bling. Both the outfit and the bling can be picked up in the King James Gear Bundle, which also includes the Lion Pickaxe, the Wingspan Glider and an emote of LeBron’s iconic celebration, the Silencer. 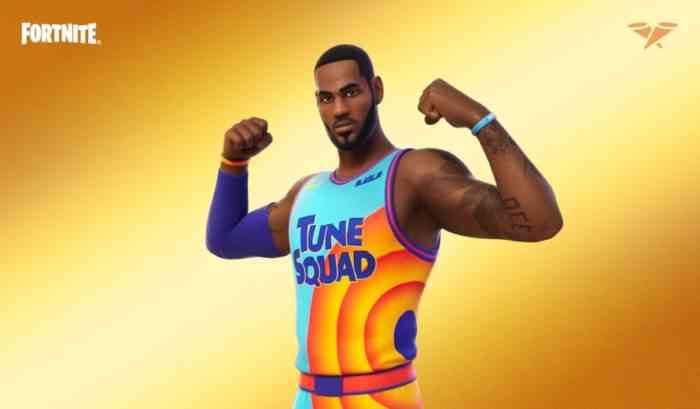 Separately available, the Tune Squad LeBron Outfit incudes LeBron’s gear from Space jam: A New Legacy, and his more casual Taco Tuesday variant and Pack Supreme Back Bling, a whole taco-themed outfit. Of course, each of these outfits will be kitted out with LeBron’s ucoming signature shoe, the Nike LeBron 19. All of the LeBron Outfits being introduced, along with a unique ‘Court’s In Session’ loading screen, are included in the King James Bundle.

The LeBron James Icon Series skins and items will be available to purchase in the Fortnite shop from 8pm ET on Wednesday, July 14th.


A Fortnite Movie May Be Closer Than You Think, Reports Claim