Is That Shark Shooting Laser Beams?

Maneater has been a smash hit for good reason, and now Maneater: Truth Quest is setting up to take the game to another level. As we all know, the only thing more awesome than an action RPG where you play as a shark is a DLC expansion that lets your shark start shooting laser beams.

No, we aren’t joking–a new trailer for Maneater: Truth Quest just dropped and it shows off a glimpse of one new environment, several new enemy boats to fight, and the shark firing green lasers from its mouth. Needless to say, we’re incredibly excited, and after you watch this trailer you probably will be, too.

The “Maneater: Truth Quest Intel Drop – Site P” trailer gives us a sneak peek at the titular Site P, a small island located off Port Clovis that is supposed to be just a naval base. However, narrator Trip Westhaven is convinced that it’s actually the site of a rising new world order, and in true fictional conspiracy theorist fashion, he might be right–or maybe Site P is actually just the site of the navy’s ongoing attempts to stop the bull shark from running rampant in the ocean. Either way, we’re looking forward to seeing what the new location has in store for us. 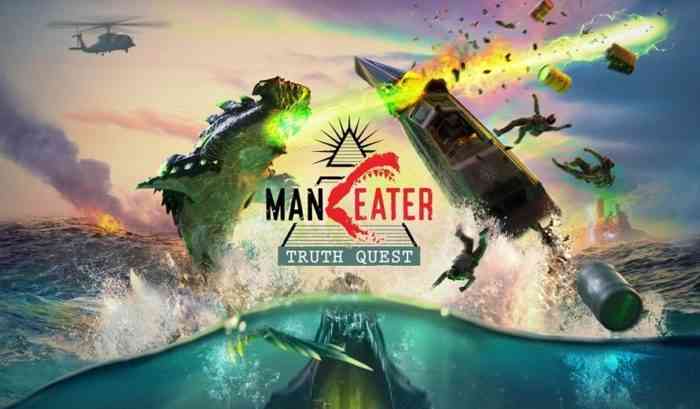 Pokemon Scarlet and Violet have Terrifyingly Huge Sales Figures
Next
Company Of Heroes 3 Announced With An Action-Packed Gameplay Trailer
Previous
Neverwinter: Jewel of the North Finally Introduces the Bard Class