Not to jinx it, but we are getting close to the release of Deathloop again. It was meant to come out in May, but the last delay pushed it to September. So, nobody touch anything and we should be okay.

A new trailer was released earlier this week that puts some bonus content on display. Some of these items are weapons and some are exclusive outfits, which you can read up on here. Before now, we did not really know what the “Sharp Shooter” outfit or the “Party Crasher” skin was, but now that we see them, the names kind of make sense. 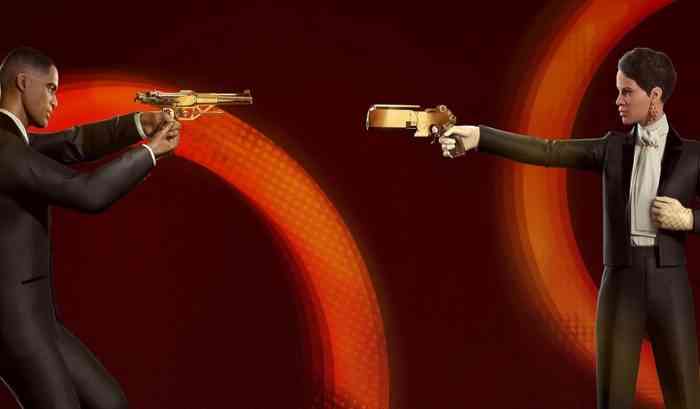 The Sharp Shooter and Party Crasher skins are tuxedo outfits for Julianna and Colt, respectively. These outfits come with the Deluxe Edition, as well as the .44 Karat Fourpounder and the Eat the Rich Tribunal golden guns. It is unclear if these outfits are strictly cosmetic or if they will allow players to blend in with certain crowds before the killing kicks off.

Pre-ordering the game will also get you an exclusive machete and Storm Rider outfit for Colt. It’s not all about guns though. There will be several powers that players can use, which are very similar to Arkane Studios’ other games like Dishonored.

The concept of Deathloop is that you have 24 hours to assassinate 8 targets and if you fail, you begin the 24 hours again. You can manipulate events to make taking them all out easier and you learn by trial and error. Deathloop will be coming to PC and PS5 on September 14th, and Xbox Series X|S at a later date.

Are you pre-ordering Deathloop or getting the Deluxe Edition? Let us know in the comments below.