Apex Legends is a free-to-play battle royale from Electronic Arts and Respawn Entertainment that has continuously solidified itself as a top player in the battle royale genre, and with the recent introduction of Arenas, a 3v3 competitive mode, the game is only getting better.

Apex Legends is available on Xbox One, Xbox Series X/S, PlayStation 4, PlayStation 5, Switch, PC, and Stadia. Today, the game’s latest hero, Seer, was announced via a fun trailer, showcasing his background and abilities.

Obi Edolasim’s birth along with his blue eyes meant that he was a bad omen to his village and was treated by the community as an outcast. With his parent’s support, Obi was able to fight in the arenas and as his name grew, he became the hero for the outcast and forgotten. 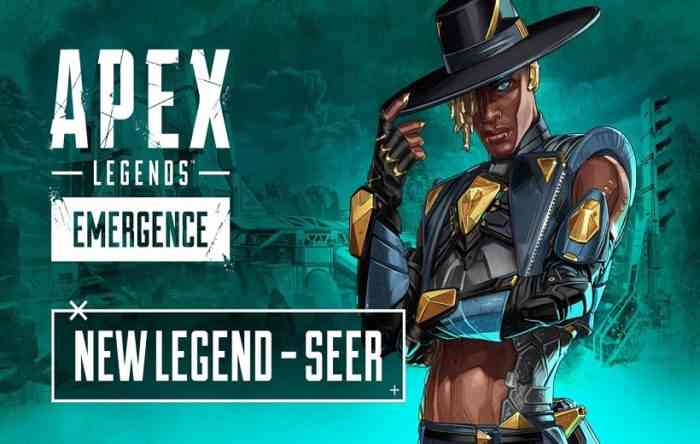 Seer’s passive ability allows him to hear and visualize the heartbeats of enemies when aiming down sights while his tactical ability, Focus of Attention, summons micro-drones that blasts to reveal and interrupt enemies through walls. Seer’s Ultimate Ability, Exhibit, creates a sphere using a drone that reveals any enemies using their weapons or moving within the area. From his skills, Seer seems to be an excellent support star that can assist in the heat of battle with enemy positioning.

Seer will release as part of Apex Legends: Emergence, which comes on 3rd August. Besides the new legend, other content coming in Emergence include Decimated World’s Edge, as the map has now been destroyed, the Rampage LMG and ranked arena. As usual, the new content will feature a host of customization options, an Emergence Battle Pass and an Emergence Pack, with a limited skin and 600 Apex Coins coming on 12th August 2021.