Herocraft and Games Workshop came together to create a Warhammer 40,000 card-driven, turn-based, tactical strategy game known as Warhammer 40,000: Space Wolf, and now this Space Marine-focused title is coming to Xbox One and Xbox Series S|X. In this game, players take command of a company of Space Wolves, one of the Imperium’s mighty and terrifying Space Marine Chapters, just in time to blunder into a trap. Now the whole company is stuck on the Chaos-infested volcanic world of Kanak, a low-tech planet populated by ruthless tribes, Chaos Space Marines, and the eldritch threat known as the Necrons. The Space Wolves are the most feral of the Space Marines, but to survive, they’ll have to balance their savage instincts with equally savage strategy. After all, the forces of Chaos never go down easy.

The Xbox release of Warhammer 40,000: Space Wolf comes with all DLC included, adding a variety of different scenarios, weapons, characters, and enemies to the mix. If nothing else, the results are sure to be wild. Get ready to return to the grim darkness of the 41st millennium and face down the worst the galaxy has to offer. It’s the Necrons. We’re talking about the Necrons. 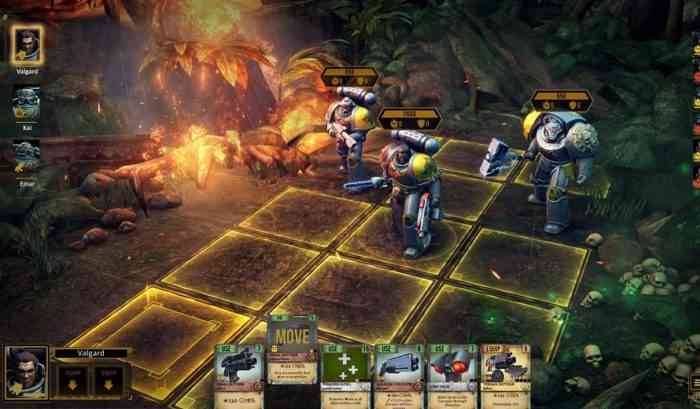 What’s your favorite branch of Space Marines? Let us know down in the comments, or hit us up on Twitter or Facebook.

Next Dead By Daylight Chapter Could Be Inspired By For Honor
Next
The Last of Us: Part 2 Developers Discuss the Making of Realistic Eyes
Previous
Remedy and 505 Games Sign Agreement for Spin-Off of Control