The Warhammer Universe has been the source of a multitude of excellent games over the past years including Total War: Warhammer, Warhammer Vermintide, Space Hulk and the Warhammer 40k Series. Frontier Foundry along with development team Complex Games, intends to add to the list with its latest announcement, Warhammer 40k: Chaos Gate- Daemonthunters. In this game, players will be thrown into a devastating world using humanity’s greatest weapon, the Grey Knights, against the corrupt forces of Chaos in a tactical, turn based RPG. To announce the game, the company has unveiled its official announcement trailer.

In this iteration, players will lead the legendary Grey Knights against a galaxy-wide plot to infect worlds with a cosmic plague. The Grey Knights are heavily armored both in faith and by devotion, as well as in their top-notch gear. The Grey Knights are members of a secret society and if any secrets are unveiled about said society, the crimes are punishable by death! Their origins are masked in a veil of mystery. Chaos Gate- Daemonhunters guarantees ruthless, merciless combat in the 41st millenium as players follow the journey of fierce and fearless warriors in a last stand to save humanity.

Warhammer 40k: Chaos Gate- Daemonhunters will release on PC in 2022 via both the Steam and Epic Games Store. Furthermore, the full cinematic announcement for the game is scheduled for August 2021. Additionally, this latest title signals the hope for a long-standing relationship between Frontier Foundry and Games Workshop who will continue to develop more games within the Warhammer Universe, including Warhammer: Age of Sigmar RTS title. 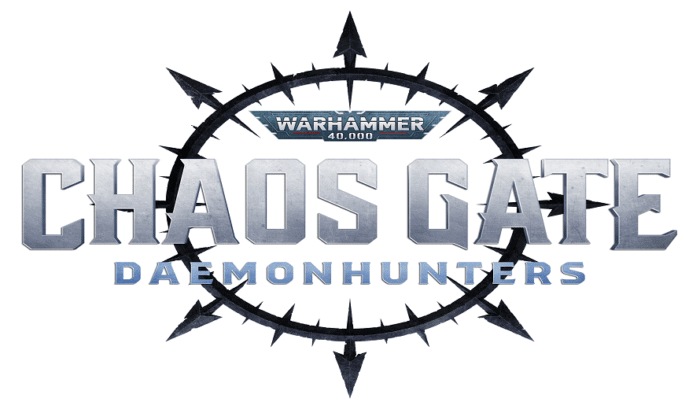 Are you excited for Warhammer 40k: Chaos Gate- Daemonhunters? What is your favorite game in the Warhammer Universe? Let us know in the comments below or on Twitter and Facebook. Stay tuned to COGConnected for more information as it becomes available.

Marci of Dota: Dragon’s Blood Is Set To Join The Fight This Fall
Next
Ratchet and Clank: Rift Apart Will Have Day One Performance Patches
Previous
Razer Introduces The Iskur X To Its Gaming Chair Family