The Walking Dead’s Clementine Is Getting Her Own Graphic Novel

I called it (sort of) like a year ago. Earlier in the COVID-19 pandemic, The Walking Dead creator Robert Kirkman took some time to create the one-shot graphic novel Negan Lives. This was alluded to in the final comic of The Walking Dead series, where the last page said, “P.S. Negan Lives.” Similarly, at the end of Negan Lives, there was yet another tease that said, “P.S. Clementine Lives”, which fans of the Telltale games would recognize as the main character. This sparked speculation that Clementine would be coming back beyond the video games, and that was confirmed to be the case yesterday by Skybound Entertainment. 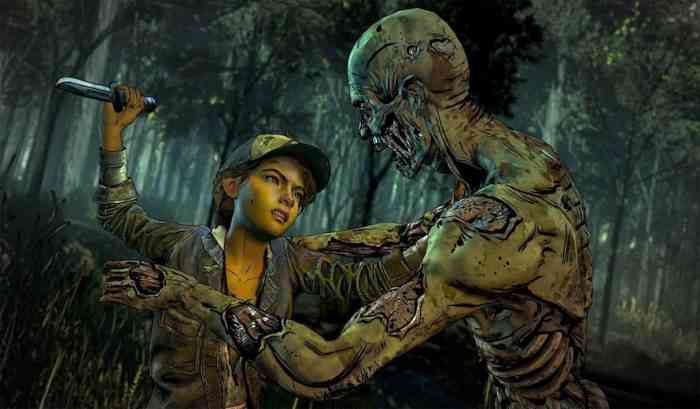 Skybound announced that new graphic novel imprint titled Skybound Comet would be launching in the near future. Skybound Comet would be starting off with three titles; Clementine Book One, Everyday Hero Machine Boy, and Sea Serpent’s Heir Book One. This announcement showed off the art for each of the graphic novels, as well as a brief overview. The cover of Clementine Book One shows that she is not just inspired by the character from the Telltale games, but is continuing her story.

[SPOILERS] The cover art depicts Clementine, as we first saw her in Season One with her signature hat, and as we saw her at the end of The Final Season, without her foot. Though it seemed as if her walker-fighting days were behind her, it looks like she will be forced to survive again under bloody circumstances. Clementine Book One will launch on July 7th, 2021. Telltale’s The Walking Dead is available on PC, Nintendo Switch, PS3, PS4, Xbox 360, and Xbox One.

Are you looking forward to Clementine’s return? Let us know in the comments below.