The Netflix hit Stranger Things will be the next subject of a crossover in SMITE. This collision was announced yesterday on Twitter and YouTube with a sweet trailer. Players will be able to reskins a handful of SMITE characters as some of their favorite Stranger Things characters and monsters, such as Millie Bobby Brown’s Eleven, David Harbour’s Jim Hopper, the Demogorgon, and the Mind Flayer. It has been almost two years since the last episode of Stranger Things came to Netflix, so hopefully this is a heralding of Season 4’s arrival or release announcement. 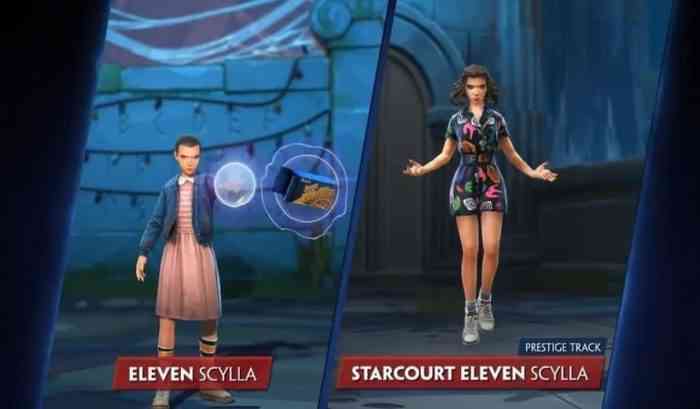 The trailer for this crossover shows Eleven facing off against the Demogorgon and then Jim Hopper teaming up with her to fight the Mind Flayer. The Demogorgon and Mind Flayers skins will be for Bakasura and Sylvanus, respectively. There will be two different skins for both Eleven, who will be a reskin of Scylla, and Jim Hopper, who is a reskin of Apollo. Eleven’s two skins depict her as seen in Season 1 and Season 3, while Hopper’s skins are from Season 2 and 3. A new arena based on the Upside Down will be part of this crossover as well.

There have quite a few games to adopt a Stranger Things crossover in the past. Fortnite, Dead by Daylight, and Rocket League have all had events and DLC inspired by the show. Of course, there have also been original games based on the show on mobile devices and PC. The Stranger Things crossover in SMITE will go live on July 13th. SMITE is available on PC, PS4, Xbox One, and Switch.

Will you be using these skins in this event? Let us know in the comments below.