Dead by Daylight Stranger Things DLC Is on the Way

Fantasy/Horror fans unite! Two big titles are coming together soon. The game of hunting and surviving is getting new blood. A Dead by Daylight Stranger Things DLC pack will be coming to a serial killer’s playground near you. The DLC includes a new killer, two new survivors, and a new map, all from the Stranger Things series. A trailer was released revealing the content and a release window of sometime in September. With Stranger Things Season 3 released just a month and a half ago, perhaps this DLC will give you a fix until Season 4. 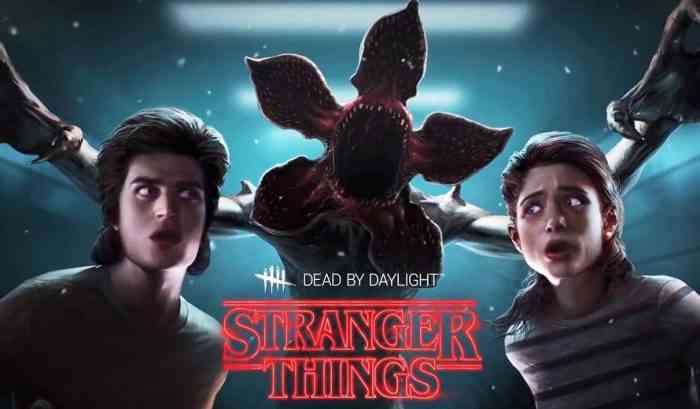 Starting with the killer, while no actual gameplay is seen, the trailer features the Demogorgon from Season 1. It is seen feeding on a corpse from out of frame and then walks into view all fours. It then stands up on its hind legs and roars. The two new survivors Nancy Wheeler and Steve Harrington are seen on a security camera screen in the Underground Complex of the Hawkings National Laboratory where the trailer takes place. It is also the new map that comes with the killer and survivors.

Dead by Daylight has a bunch of original monsters and characters, but has moved in the direction of iconic and popular options to play as. Ghostface from Scream, Ash Williams from Evil Dead, and Freddy Kreuger from Nightmare on Elm Street just to name a few, Stranger Things will be joining them. No specific release date, but fans will be able to play this content in about a month or so.

What is your favourite Dead by Daylight crossover so far? Let us know in the comments below.