The Party Game Where You Can Summon Cthulhu

Lovecraftian horror, also known as cosmic horror, is notorious for being one of the hardest genres to capture in the video game medium. Though there are plenty of games that do Lovecraftian horror justice, there are many more titles that just don’t capture the terror of things man was not meant to know. Sacrifice Your Friends doesn’t look particularly terrifying, but then, it’s not trying to scare you. This 1-4 player party brawler is trying to give you and your friends a variety of fun, Lovecraft-themed, dynamic arenas to navigate while trying to sacrifice each other to the Old Ones, and frankly, that sounds pretty great in its own right. Take a look at this deceptively cheerful trailer to learn more.

Players take on the role of adorable little ruthless cultists determined to sacrifice each other to adorable ‘little’ monsters including Cthulhu, monstrous tentacles, the fishmen of Innsmouth, and more creatures of the night taken straight from Lovecraft’s stories. Plug into the game’s local and online multiplayer and chase your friends around with an axe, avoid the laser beams shot by the Necronomicon, and navigate a stage made of floating boats actively under attack by huge sea monsters. There’s nothing like a dash of horror to make a party game truly funny. 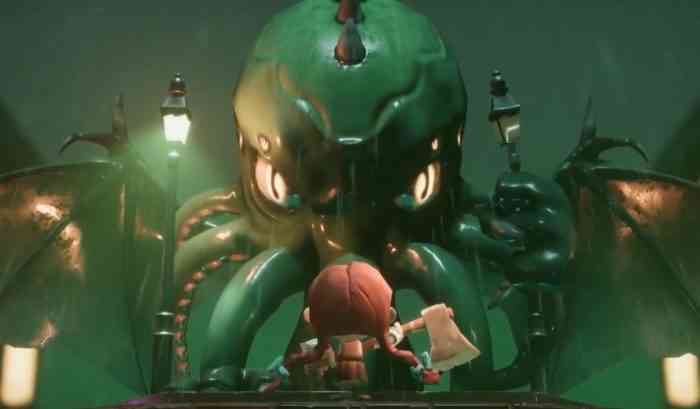 Sacrifice Your Friends is currently in Early Access on PC. It will be released on Xbox One, Xbox Series S|X, and Nintendo Switch later in 2021.

What’s your favorite Lovecraftian game? Let us know down in the comments, or hit us up on Twitter or Facebook.

Another F-Zero Game Is Possible, Says Ex Nintendo of America Boss
Next
Cyberpunk 2077 PS5 Upgrade Will Be Out Later This Year
Previous
Ireland Promotes Tourism With Assassin’s Creed Valhalla DLC