Players Everywhere Will Know the Fear of the Odious Court

Neverwinter’s return to Sharandar module is finally coming to a close–at least, on PC–with Episode 3: The Odious Court launching today. This final episode concludes the revamp of the mystical land of Sharandar, which was also the site of the game’s very first module, Fury of the Feywild. Needless to say, it was overdue for an update. Hopefully, the new Sharandar is worth the wait. The revamped Feywild brings with it a re-imagined adventure zone, an epic battle against three menacing hags dwelling in a rotting swamp, new bounties, new heroic encounters, new rewards, and so much more. Plus, it comes with a teaser trailer that does an excellent job of setting the stage for a final confrontation. The Odious Court awaits.

In Episode 3, players will travel to the Dark Fey Mire and investigate a rotting swamp tainted by dark magic. The Green Hag Velma the Bonegrinder and her sisters from the Odious Court are here for blood. On top of that, a number of frog-like humanoids called Grungs have taken advantage of the witch fen’s defeat to move in and claim the area, and they aren’t alone. A copse of aggressive dryads has also sought refuge here after being pushed out of the mended grove by a new threat. Darkness lurks in the Feywilds. To push it back, players must band together, take on the deadly creatures that haunt the Dark Fey Mire, and uncover the secrets of the Odious Court.

According to the press release, players will have to venture into the Green Hag’s lair for the final battle, which will play out much like the official launch trailer suggests. It will pit you against all three of the module’s deadly and horrifying hags: Granny Necksnapper, the Annis Hag; Mathilda Soulstealer, the Night Hag; and finally Velma the Bonegrinder, the Green Hag. This lethal trio will surely send off the Neverwinter: Sharandar module with a bang. 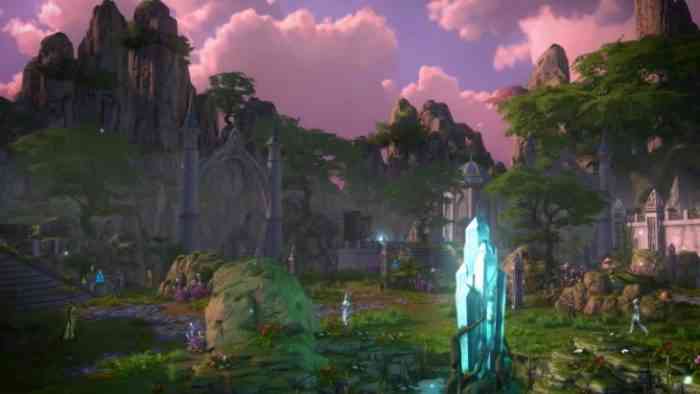 Neverwinter: Sharandar – Episode 3: The Odious Court is available now on PC. It will be available on Xbox One and PS4 on July 6, 2021.

Where do you think Neverwinter will go next? Let us know down in the comments, or hit us up on Twitter or Facebook.